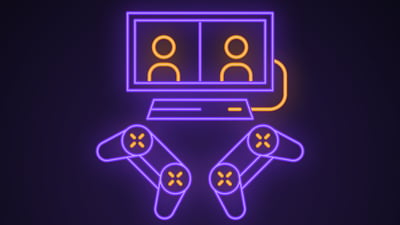 A huge chunk of the fun that adds to the Rocket League experience lies in the ability to play with friends or strangers alike. Sure, you can go solo, but it only takes so many rounds until it gets stale. Let’s admit it; it’s more fun when you’re up against living, breathing individuals. Now that Rocket League has officially gone the free-to-play route, you can expect a sudden surge of Rocket Leaguers to play with. Gone are the days when you had to wait for those coveted 1v1 matches. As more players are joining the Rocket League bandwagon, it only follows reason that more people are asking how you can play split-screen. If you happen to be one of those, then you’ve come to the right place. We’ll show you how to play Rocket League split-screen style!

How do I play split-screen on Rocket League?

Playing split-screen is as simple as connecting a second controller and pressing start to join the game. But before the action begins, the incoming player has to sign in to either an online account or a guest account. As Rocket League is a welcoming game in terms of cross-platform playability, it’s a great treat that this process is the same across the board for different gaming consoles—be it PS4, Xbox One, Nintendo Switch, or PC.

Are there any limitations among the different platforms?

While accessing the split-screen mode is the same across the board, there are subtle differences among platforms. We’ll discuss them further in the following sections.

How do I play Rocket League split-screen on Xbox One?

To play Rocket League split-screen mode on Xbox One, the incoming second player has to log in to either an Xbox Live account or a guest account. A word of warning, though: guest accounts are limited to offline play. Once the signing in process is over and done with, it’s as simple as pressing the menu button on the second controller. Voila! The split-screen fun can now begin!

How do I play Rocket League split-screen on PS4?

When playing split-screen on PlayStation 4, the mechanics are almost the same. The second player is required to sign in to a PSN account—if he or she wants to indulge in online play. Otherwise, their gameplay will be limited to offline modes under a guest account. But once the incoming player signs in to a PSN account, he or she can simply press the option button to join the game.

Is Rocket League split-screen on Switch?

Yes, of course! Though unlike the PS4 and Xbox One, adding a second player for split-screen mode is much simpler and no-frills. All you have to do on the Switch is to connect an incoming second controller and press the + button. That’s it! You’re all set! You won’t need a second account either to indulge in the online features, so yay! Only one Nintendo Switch Online subscription is required and the second player can tag along as a guest.

How do I play Rocket League split-screen on PC?

Ah, now for the PC Master Race! To play split-screen, all you need to do is connect a controller for the incoming second player and press the start button. Take note though that you’ll need a set of controllers to indulge in split-screen since the keyboard and mouse combo isn’t supported on local multiplayer.

Whichever platform you choose, one thing’s the same: the more players there are, the merrier it will be. And now that Rocket League is finally free-to-play, there’s practically no limit to the fun you will have! So grab your mates. It’s time to indulge in round after round of Rocket League!