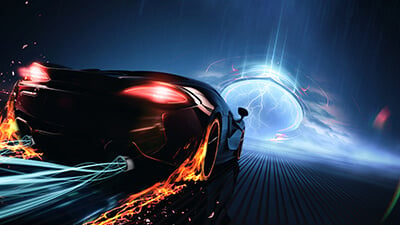 Well, gang. It’s here. 2022. New year, all that stuff. With all the changes, you need to be updated on your gaming stuff, including the best Rocket League cars to use in 2022! Ready to delve in on the hottest new vehicles to use? Well, wait no longer!

What are the Best Rocket League Cars in 2022?

Now, here’s a clarifying statement I need to make: everyone has different standards, so I didn’t just snap my fingers and come up with my own personal favorites because that would be, as we say, a jerky thing to do. Instead, I did the responsible thing—I scoured the fanbase, I used studies, I used data, I used personal experience, and I wrapped it all up here so you don’t have to do the legwork. So, here they are; ranked as the top five best rocket league cars in 2022 from first to fifth.

Okay, so here’s the thing: the Octane is top dog. Always. Here’s a tip—if anyone ever asks you what the most popular car for rocket league is, it’s the Octane. The best car of Rocket League 2020? The Octane. Best car of Rocket League 2021? Octane. Best car of Rocket League 2022? Octane. It’s simply the best car because of its design: it’s that rare combination of being easy enough to use that an amateur could use it and versatile enough that many pros use it. It feels like a little race car when you drive it, and just comes across as speedy and fun, but here’s the one, meager drawback—it’s tiny. It’s not the smallest car in the game, but it’s small enough that you might have to get used to it, because it’s not very long. That being said, if you decide to hone in on only a single car, I’d recommend the Octane because it gives plenty of room to grow. It’s been the champ for years and there aren’t any signs of it going out of popularity anytime soon.

Another one of the fan favorites is the Dominus. I’d heartily recommend this car, as it’s the one I used for years. It excels when you simply want to hit the ball – and hit it hard. It’s great for offense and although not as maneuverable as our friend the Octane, it’s a great choice that you can always trust. Bonus points—it looks really cool with most skins and wheels, probably because it looks like a supercar of sorts. Despite not being as easy to maneuver, it’s got (I believe) a leg up on the Octane because it’s a lot easier to use. The Octane has such a small hit box, but the Dominus is a lot more user friendly for many players who prefer to have a bigger surface area.

If don’t mind being successful while driving an ugly car, Breakout might be for you. While it made the list of the best Rocket League cars for 2022, it will not make any lists for the prettiest looking thing, because it looks like it escaped Minecraft. Unlike almost all the other cars, it’s very blocky and out of place. That being said, it deserves a spot on here because it is actually a great car. Its blocky appearance contributes to an accurate shot, as well as easier dribbling and smooth driving. It may not be winning any beauty contests, but if you want something quality to use, give Breakout a shot.

The Mantis, one of my personal favorites, is a short, flat car, like if you tossed some wheels on a pancake. However, it is a cool looking pancake and a lot of different looks can be amazing on it.  Even beyond its appearance, it is a fantastic choice because its flat, wide base can excel in the right hands and with the right play style. It’s very mobile and can deliver excellent ball handling, but here’s a warning: it is a lot better on offense than it is on defense. I’ve run this car quite a bit, and from me to you, I’d recommend it without question for offense, but defensive plays can be tricky.

And there we go—the top five best rocket league cars in 2022! Is it possible that tomorrow, a new crate could pop out and a new great car could come out? Sure. Anything’s possible, but I want to leave you with this: any of the cars on this list are great in the right hands. Some play better to different styles, and that’s fine. However, these five are considered largely the best cars in the game today and for the foreseeable future.

Until next time, get out there, read some more Rocket League articles, and have some fun!