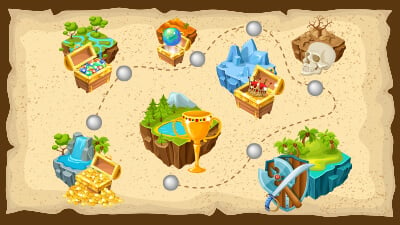 In your many journeys throughout Gielinor, you may well have heard of the most highly-regarded quests available to RuneScape players. In Desert Treasure OSRS, players will embark on an adventure to hunt a popular spell, in an area filled with boss fights and so much more! With that in mind, here is a quick Desert Treasure Old School RuneScape guide.

What is Desert Treasure OSRS?

Desert Treasure OSRS is one of the most popular quests in the game. The quest is riddled with numerous bosses, each offering a unique battle experience that will test the wits of each player, forcing them to take different approaches. Some are immune to certain spells, some carry an arsenal of ranging combat approaches, and will see you trying a number of different methods in order to conquer them. An early hint here is that each boss can be beaten with a Cannon, so remember to bring several hundred cannonballs with you!

There are some other pointers that you should take note of, such as the diamonds that you are carrying. For example, if you happen to be carrying diamonds, there is a small chance that you could face conflict with a level 95 Stranger, so make sure to have a teleport handy in case you need it. The Stranger is also armed with a poisoned dragon dagger more often than not, so make sure to pack an antipoison where needed. You could also avoid the Stranger and bank your diamonds, but it is better to be safe than sorry.

This is an extremely common question among the OSRS faithful, and understandably so. You may be worried that you do not have the stats high enough in order to take part in the popular quest, but fear not. Depending on your levels, you may be able to head into the desert without worrying too much about your stats if you are an experienced player.

A personal recommendation would be to have your stats at 70 Magic, 70 Attack and 50 Prayer. This may be overly cautious, as you could probably get away with having around 60 Magic and Attack. Your Prayers stats don’t need to be quite that high either, but you should consider at least having around 15 Prayer just to be completely safe.

Do you need Ice Gloves?

Ultimately, it is a similar situation to what stats you require when venturing into the quest. It depends on your overall play style, but the Ice Gloves are something that I would recommend you take with you.

The Ice Gloves are ideal if you want to hold a weapon. They aren’t a mandatory requirement, seeing as you could simply bring runes with you to cast spells. However, if you prefer to use a staff or a weapon in general, then you will need to bring the Ice Gloves along with you.

How long does the quest take?

There is certainly plenty going on in this questbut, in spite of its fame, it actually isn’t the longest quest of all. Despite the dungeons, bosses and more going on, it shouldn’t take you more than 4-6 hours. Well-prepared players have been known to finish the quest within a couple of hours, it just depends on how well-fitted you are before heading into it.

Once you have reached the quest’s climax, or even before you decide to take on the quest itself, you may be left wondering what you will receive for all of your hard work. We are talking a few hours work here, after all.

So with that said, when you complete the Desert Treasure quest, you can expect to receive 3 Quest Points and 20,000 Magic XP. Not only that, but you will gain the ability to use Ancient Magicks. You will be able to switch between standard and Ancient Magicks spellbooks when you pray at an altar within the quest. This can be Jaldraocht Pyramid, which has a shortcut behind it should you want a quicker way of entering. Keep in mind, however, that this trait does drain down your Prayer, so it’s something to be conscious of when you want to change spellbooks.

What should I do after completing Desert Treasure?

You’ve conquered the quest, reaped the rewards, and now you are wondering exactly where to go from here. Well, now that you have completed it, you have also unlocked a requirement for a new quest!

You may be familiar with the Recipe For Disaster questline, which poses as a sequel to the Cook’s Assistant quest. Recipe For Disaster is made up of 10 subquests, all ranging in difficulty from easy to very hard. A part of this quest will see you having to defeat the Culinaromancer, which you are required to complete Desert Treasure before taking it on. This adventure comes with its own perks, offering you an additional Quest Point, as well as access to the Culinaromancer’s Chest.

Make sure you check our our OSRS Quests section for more great quest guides!

So hopefully now you will have had some burning questions about the Desert Treasure OSRS answered.You will also have an idea of what level you need to be in order to take on the quest, what items you may or not need, and just what you can expect to receive from doing it in the first place. It is considered one of the most popular quests available to you in RuneScape, and you will soon see why if you haven’t done so already. That, of course, is your own judgment to make. At least you are now armed with some key information before you do so.