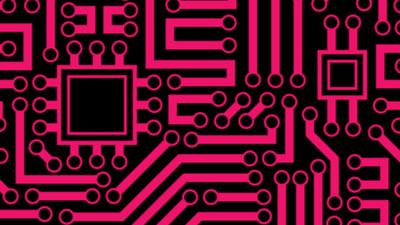 Warframe is a free-to-play, action-packed game that at first glance, doesn’t look like a free game at all. With its stunning visuals, and addictive hack and slash gameplay, there are loads to do in this well-loved game. Players often collect blueprints for maps and weapons to increase their power to defeat enemies easily. Nothing is better than slicing through a mutant as a hot knife does with butter. There are plenty of mods and parts in Warframe, so much so that it’s common for players to do runs over and over again just to accumulate some Platinum (in fact, some players even buy Warframe Platinum online). Platinum is the lifeblood of Warframe. Since it’s the main currency of the game, it has many uses that result in players having an easier time. No one likes to be stuck at the bottom forever, after all. In a game such as Warframe, progress is important; lest gamers will miss out on all the great fun to be had. Many gamers have the notion of a free-to-play game being in the same playing field as a pay-to-win game. While that may be true for some other online games, that’s not the case for Warframe. Warframe has been hailed as one of the best free-to-play games that players don’t need to spend money on. Everything can be acquired with just a bit of elbow grease. Platinum is a vital resource for many players in Warframe. As such, they are always looking for new methods to make their Warframe Platinum farming easier.

What’s great about Warframe is that everything that players need to gear up for battle can be found in the Warframe Market. Think of it as like an Auction Market in other MMO games. Not only can players buy some much-needed items there, but they can even sell or unload some of their stuff to make a bit of Platinum as well. Prime parts are sold like hotcakes in the Market, and for good reason. It’s because the limited availability of these parts is what makes them have such high demand in the market.

So what exactly are Prime parts? Well, for starters, Prime is referred to as a weapon or Warframe that was made through the use of Orokin technology. These Primes are hard to get and players occasionally get Prime drops after doing a set of missions. Although Non-Primes are certainly still useable by all means, Prime parts are far superior compared to a base frame that players would normally get in the game. The Market is the perfect place to trade these Prime Parts since they’re so sought after. While it can be tedious and downright boring compared to doing missions, players will find themselves drowning with so much Platinum should they sell the Prime parts that they’ve collected. Vaulted Primes, specifically, fetch for even higher prices since they’re no longer obtainable in the game through normal means.

A favorite way of farming Platinum by the veterans of Warframe is by collecting Void Relics. Void Relics are objects that can be used to reveal treasure in the Void Fissure missions. These treasures are highly valuable by themselves and while players can opt to sell those in the Market instead, what they get is completely random. There are also different types of Void Relics that players can get. The higher the type, the better and more Platinum that players will be able to trade it for.

Final Thoughts: Has Warframe Platinum Farming Changed At All?

Warframe Platinum farming has been, for the most part, pretty much the same as it was back then. The changes were mostly made in the Market. Much like in other online games that use a buy and sell model to be able to let gamers freely trade with one another, the prices of items that are within it fluctuates. There was even a time where Prime parts were so accessible at the Market since there were so many players who had the same thought of selling them to get some Platinum. Farming, in general, is often seen as a mind-numbing process that takes the fun out of a video game, but in Warframe, players can do it while still have fun.