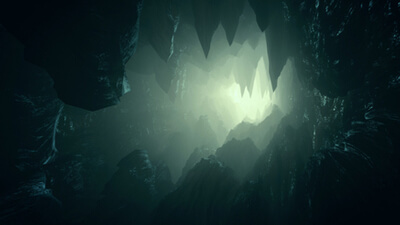 Making your way through the Chambers of Xeric is no easy task, and the Great Olm OSRS boss waiting for you at the end will take some planning to take down. So if you have been looking for ways to beat this enemy and claim the valuable rewards on offer, then here’s what you need to know.

Be sure to check out our other OSRS guides.

What is the Great Olm in OSRS?

For those who are new to the Chambers of Xeric, then the Great Olm services as the final boss of the raid. It is referred to as Guardian in the Deep by followers of Xeric, and presents a large, white salamander that will be tough to take down.

What is the Chambers of Xeric?

This is a large cave which is inhabited by the Great Olm, amongst other bosses and enemies for you to face off against. The cave itself is part of a system that is found under Mount Quidamortem. This was built in the Kebos Lowlands by Xeric, and was released in the game back on 5th January, 2017. What makes it so important is that it was the first raid to be released in OSRS. The fact that raids are synonymous in MMORPGs emphasises the importance of the Chambers of Xeric. So if you have been looking to where it all started for raids in Old School Runescape, then you now know where to be looking.

If you want to gain access to the area in which you find the chamber, then use the Lovakengj Minecart Network. You will need to have a minecart control scroll that you get from Miriam, then take it to the mountain to Stuliette. You need to have 65% Lovakengj favour for this to work.

Another way is to go to the Shayziens’ Wall then go west to Mount Quidamortem. If you are going to use this method, then you will need to be aware of the lizardmen and lizardmen brutes that can attack you. Make sure you find the mountain guide on the mountain if you aren’t going to use the minecart system. By doing so, you will be able to use a two-way system of transportation going from Shayzien’s Wall and the mountain.

How to Defeat the Great Olm in OSRS

If you are a solo player, or you are in a team of up to seven players, then you will only have to face three phases of the Great Olm. Before you begin the fight, you need to have the right tools to face him, as you won’t be able to leave the chamber where the battle takes place, unless you were to perish.

When the fight does start, Olm will either be on the west or the east side. Olm starts with either fire, crystal, or acid powers that will give you a better idea of what attacks is going to be used. Your goal at this early stage is to make sure you disable his hands, so you can move onto the next part. If you are using melee attacks, then go for his left hand. Meanwhile, his right hand is weak to magic. This should be your primary focus throughout this phase, and you should avoid hitting his head at any point that isn’t the last phase. Om will simply regenerate health and you won’t be rewarded any points either.

The biggest danger here is fire, which compliments Olm’s high damage output. If you happen to get caught in a fire wall then you will also be susceptible to a teleport attack as well. As a solo players, this can be very difficult, so if you do happen to be playing alone then use water spells as quick as you can to get yourself out.

If you do keep attacking Olm’s left hand, then it will become clenched. Though this means it won’t have the chance to use any special attacks on you, it’s also unable to take damage at this point. After a certain amount of time, Olm will unclench the hand. If you want to force this, then start doing damage to the right arm so it becomes disabled. This will stop Olm from attacking with special attacks for the rest of the phase.

Also, as a solo player, you will want to check out Olm’s blind spots. Running into particular areas will see Olm moving its head to keep an eye on you, which will in turn stop him from attacking you. So you could use blind spots after a couple of lightning attacks for example, which would cancel out the following teleport attack that would normally be sued. To do this, you should practice as much as you can, and start out with the right hand as it’s easier than the left.

Moving forward through phases, Olm will go underground and begin to shake the area, causing crystals to fall. You can see where they are landing as shadows begin to appear, so you can avoid them with enough notice. Eventually, you will need to disable both of Olm’s arms to get to the following phase.  Olm will lose control of a hand once it has been disabled, after which a bar will appear. You need to disabled the other hand before the bar fills up, otherwise the disabled hand will respawn at full health.

Once you have manged to get Olm onto the final phase, you will be able to start attacking it’s head as it no longer regenerates. Olm will start using previous mechanics except for the teleport attack, though it will be able to drain health. Two blue projectiles will be sent out, and will land on two random tiles. By standing on these tiles, you can avoid the sapping attack. In this final phase, your best chance of survival is to keep moving, though you still need to be aware of the falling crystals. Eventually, the chest crystal will break and you can grab your rewards for a job well done.

That’s how you need to take down the Great Olm OSRS raid boss. If you ensure that you are fully prepared, and you keep an eye on it’s attacks then hopefully even a solo player you will be equipped with the tools to make it through.