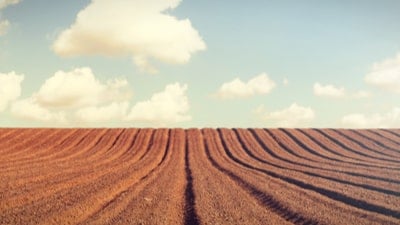 Gaining favor in Hosidius is done by producing food for soldiers and farming foods. With favor, you can get access to the kitchens in the city, so there’s less chance of you burning any food that you are cooking by 5%. You will also gain access to the Spirit tree patch, the Woodcutting and Farming guilds, and even be able to play the Tithe Farm minigame that can help you increase your farming skills.

How to Gain OSRS Hosidius Favor

The methods we will be looking at, in the order they appear in this article, are as follows:

Our only option to begin with is to plough fields, specifically the ones to the south of the town square. The trick is to push the plough on the soil in a back and forth motion to start gaining favor. You will push the plough automatically as you make your way towards the edge of the field, and repair it with a hammer if it breaks. It also helps you to gain farming experience as an added bonus.

If you need to find a plough, go to the south-east of Hosidius. This area is also found to the south-west of the vinery and to the north-west of the Tithe. If you have the skills necklace teleport to get to the Woodcutting guild, then you can just go east to the altar then head north-east.

Once you have 5% favor, you can then start making sulphurous fertiliser. This will also grant you farming experience as well. To make the fertilizer, you will need saltpetre and compost. You can find the former to the east of the Woodcutting guild or trade it with other players. You will need a spade to dig for it, or use the digger Konoo who can offer you a spare spade. He is also a good indication of where the saltpetre is too.

After you have it combined with the compost, you can then take it to the Clerk in the building in the area where you found the saltpetre. Doing so will grant you 0.1& favor per fertiliser bucket that you hand in. When you reach 5% favor, it’s worth knowing that it will take you 950 buckets to get you to 100% favor, though you need to allow for The Depths of Despair being completed to achieve this. To put this into perspective of cost, you are looking at around 31,350 coins altogether. You can save a bit of coin by buying your compost packs from farming shops, which leads to a total of around 24,750 coins instead.

The Depths of Despair Quest

The Depths of Despair quest can be started once you get to 20% favor. You will need to have finished the Client of Kourend quest first and have 18 Agility too. As a reward for completing the quest, you will be granted a Hosidius favor certificate that offers you 10% favor.

From 45% favor, you can then head to the Mess to cook. You will be cooking in the mess hall for Shayzien soldiers who have demands in the form of ingredients being used on the screen. You will have to make either stew, pineapple pizza or meat pie. You’ll need a particular level of cooking skill for each. For meat pie, you’ll need to be at level 20, whilst you need to be at 25 for stew or 65 for pineapple pizza. You can also gain cooking skill from this method as well as the favor once the buffet is served.

We can use the previous skill to take us to 65%, after which we can then gain access to the vinery so we can plant grape seeds. You farm the grapes using the saltpetre and grape seeds on a vine patch. To do this you are going to require a farming skill of 36. For every grape seed that you plant, you will get 0.8% favor.

Benefits of Hosidius Favor in OSRS

There are a number of benefits that are available to you when you get to certain levels of OSRS Hosidius favor. From 15% for example, you will be able to steal fruit from the stall near the Logava Gricoller’s Cooking Supplies. From 35%, you can plant spirit saplings in the spirit tree patch, and from 50% you can protect the allotment, herb and flower patches from disease. At 60% favor, you can join the Farming guild, if you have your Farming level up to 45. From 75% favor, you can join the Woodcutting guild if you have level 60 Woodcutting.

Naturally, there is going to be a couple of benefits for finally getting to 100% too. If you do manage to reach this feat, then you can take part in the Tithe Farm minigame if you have at least level 34 Farming. You can find this in the eastern part of Hosidius. You will also be able to use the city kitchens as well that are near the mess hall. There’s also a bank chest for you to find in the small building around there that can provide you with an increase of 5% chance to cook food that’s above a standard range.