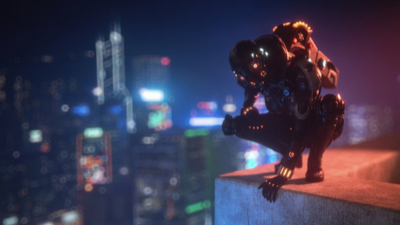 Hildryn is a tanky, defensive, shield-focused Warframe, with aesthetics like a “herculean cyborg”. For her abilities, she uses Shields instead of Energy, a mechanism unique to her. She is a great support/utility Warframe and has an interesting jetpack-like mechanism in one of her abilities. Her release timing (March 2019) makes me wonder if Digital Extremes deliberately gave her that mechanism, due to Anthem releasing around the same time with flying mechs. But this Warframe is built better than that entire game, and in this guide we’ll be taking you through how to acquire Hildryn, her abilities and how mods affect them, and the best build for Hildryn based on ability optimization.

How to Acquire Components for the Hildryn Warframe

You can obtain her main blueprint from Little Duck, a Solaris United operative, for 5000 Credits only. Her Chassis, Neuroptic, and Systems blueprints are randomly dropped from the Exploiter Orb, a large spider-like creature found near the Temple of Profit.

The Chassis and Neuroptics have a 38% drop chance, while the Systems have a 22% drop chance.

Understanding Hildryn’s passive Warframe ability is important to understand the best mods we can use for her build. Hildryn has a special Shielding mechanism for her passive ability, that fuels her abilities and provides some great defensive abilities. Hildryn’s “Overshields” mechanism protect her Health from effects such as Toxin, that usually affect your Health directly while neglecting Shields. When Overshields run out, the remaining damage from the final hit isn’t counted. Arcane Energize doesn’t have any effect on Hildryn.

Her abilities use her Overshield and Shield instead of the usual Energy pool, and any efficiency mods also affect her Shields instead. Even Energy Orbs will give you +25 Shield instead of Energy. However, there are come mods that convert Energy used into extra Shields – this does not work with Hildryn. This ability works when using Archwing as well, and can also be shared with your teammates and their Companions when you use her ability, Haven. Mods like Energy Conversion still work as intended.

Ability 1 – Balefire: Hildryn’s very first ability lets you use an Exalted weapon that only has a 2-second charge time. You can summon it using 50 Shields/Overshields. This is an energy-based rocket launcher called the “Balefire Charger”, and can charge and shoot bolts of fire.

Each exploding energy bolt thus shot uses 100 Shields/Overshields. Ability Efficiency does affect the cost per shot, and each shot has a 10% status chance, 5% crit chance, and 1.5x crit multiplier.

This can be augmented using the “Balefire Surge” mod that lets you destroy nullifier shields, and restores shields when you get direct hits using 100% charged shots. With a lot of Ability Strength, you can make Balefire pretty strong, as we’ll be seeing in our Hildryn Build.

Ability 2- Pillage: This ability lets you pillage Shields and Armor of enemies within your line of sight (and ability range) to replenish your Shields/ Overshields. Pillage starts as a pulse and follows you around over a duration, negating all status effects on your entire time that comes in contact.

Along with the obvious Ability Range and Ability Duration benefiting it, it also benefits from Ability Strength (for drain per enemy) and Ability Efficiency (shield cost used).

Ability 3- Haven: This ability creates a protective aura around your teammates, that damages nearby enemies. Hildryn uses her Shield Matrix to link teammates and enemies, and targeted enemies are drained for 25 points/second for enemy linked and 5 points/second for each teammate linked.

These links are affected by Range, and Ability Efficiency and Duration affect the drain per second.

Note that Haven has a “Blazing Pillage” Augment Mod that we will be using in our Build.

This is Hildryn’s coolest ability. When you cast it, Hildryn uses her jet thrusters to fly and bring down  Balefire rockets on enemies. All enemies near you will be blasted into the air and will generate Energy Orbs ever few seconds. You can move around during this effect, but you cannot use your Primary/Secondary/Melee weapons but you can use your Balefire Charger.

This effect ends when you run out of Shields. Your Shield drain is affected by Ability Duration and Ability Efficiency, range of effect by Ability Range, and slam damage by Ability Strength.

How to Build a Consistent Hildryn Loadout in Warframe

Since Hildryn uses Shields instead of Energy, a lot of people build her just for Efficiency and Duration.

But Range and Strength are the aspects that you need to prioritize instead, because it benefits pretty much all of her capabilities, especially turning her 1 into a busted explosive machine. Here’s the best build for Hildryn:

Hildryn is a great “tank” Warframe and provides excellent support to the entire team. She scales very well with levels, and doesn’t have any issue against any faction (as long as you’re using Blazing Pillage). Although, even if you’re not using Blazing Pillage, you can float around to avoid the Infested, but it’s a great mod to have regardless.

She’s also a lot of fun to play, and there isn’t any other Warframe in the game like her. Aesthetically, she can be a bit hard to color.

The grind for obtaining her parts isn’t really worth it in my opinion, but I highly recommend getting her with Platinum if you have it. She’s amazing in Mot (Void) runs, and a good Hildryn on the team always means that the Survival mission will last for quite some time.