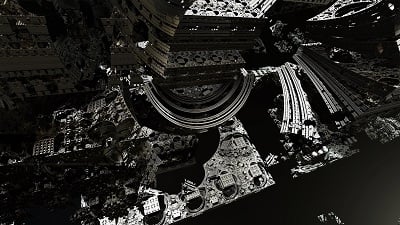 The Warframe Natah Quest sheds a little light on Lotus, the mysterious guide, and on the Tenno themselves. It’s also a prerequisite to the Second Dream quest, which will add to what the Natah quest reveals. The only problem is unlocking the quest. The difficulty of unlocking this quest lies in finding Oculyst drones. Anyhow, we’ll focus on how to get around this difficulty as well as other useful information about it and the quests.

Oculyst drones appear at random on missions that use a Grineer Sealab tileset, for players in rank 3 mastery and above only. The drones are identified through a distinct hum or howl when nearby. In fact, they’ll scan objects, such as containers and dead bodies in the area. After completing some scans, they’ll leave.

A player must scan an Oculyst with either the Codex or Synthesis Scanner before they leave the site. Scanning one for the first time will unlock the quest for all the players within the group unless other players have unlocked them beforehand.

Where do I find Oculysts?

Oculysts are on two planets (Uranus and Lua). Keep in mind that they behave differently on each planet. On Lua, any player interaction (i.e., player attacks or scans them or lets them scan the player) will make them summon Sentient fighters and leave. The ones on Uranus are slightly more peaceful. Scanning them will make them scan the player back and leave. Also, attacking ones on Uranus while invisible won’t cause them to leave.

Other than the distinct howl of these drones, sometimes dead bodies will appear near where they spawn. Players can’t interact with (ragdoll or cut into gore) with these bodies that serve as points of interest for the drone. It’s a good marker that an Oculyst is nearby. Another indicator of a close drone is a flicker of the screen in blue. The flicker is similar to Stalker and Death Squad announcements, though no message will be displayed afterward on Uranus. Otherwise, Lotus will warn players to stay away; they might also spawn in groups and stay within 5-10 meters of each other.

For more Warframe, check this out: A Guide for Warframe Credit Farming

How about some fun facts about Oculysts?

Well, they don’t prevent Stalker spawns, even if they share a similar indicator in screen flickers. Enemy Grineer and Corpus treat them as a hostile enemy, attacking one when spotted. However, they’ll still deal no damage and will attack any player who strays near. The drones still spawn after completing the Natah quest, which helps newer players who play with veterans unlock the quest faster.

As players do more GrineerSealab missions, the Oculysts become “more interested” in the player, increasing the chance of finding one. Playing the Uranus missions multiple times increases the chances of the drone appearing. Their description implies that they might spawn in any planet with the correct tileset, but that rarely happens in other planets. Other than Uranus, Orokin nodes on Lua spawns one, guaranteed.

Finally, as long as the drone has not been alerted to the players’ presence, it’s possible to complete the mission and come back to find their position unchanged. In fact, this is possibly a bug and might get fixed in the future, but for now, it’s something to remember.

For more Warframe, check this out: The Best Warframe Class for 4 Categories

Now that you know where and how to unlock the Natah quest, it’s time to get going and complete the voyage. After that, players can help others find Oculysts or continue to “The Second Dream” quest, which requires the completion of the “Stolen Dream” quest.

Hopefully, this article helps you in your journey to take back the galaxy, even in a small capacity. Enjoy the game. Good luck, Tenno.