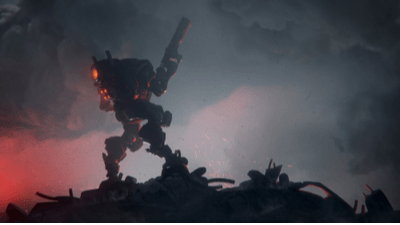 Nidus is one of those Warframes that Digital Extremes has absolutely perfected. Along with a super interesting ability kit, Nidus is also an excellent Warframe in himself. His DPS is crazy, he is an absolute tank (a unique one, at that), and he scales pretty well with enemy levels. And did I mention that he’s an absolute delight to play with? If all of that wasn’t enough, he also has a lot of potential for fashion-Framing, especially with the one combination that can make him look like Venom from the MCU.

Nidus is an Infestation-based Warframe from the Orokin era who has an unknown connection with the Helminth in the backroom of your Orbiter. The room also reacts differently to him than to other Warframes and opens to him without him having the pink Helminth Cyst.

In this guide, we’ll be taking you through everything you need to know about Nidus Prime: how to acquire the Prime and the vanilla Warframe, how their abilities work, the best Mods to use, and how to build your Nidus Prime.

How to acquire Nidus and Nidus Prime in Warframe

Nidus has always been one of the hardest and most frustrating Warframes to obtain, and it’s a relief to have Nidus Prime in the game, as he is much easier to acquire and has better stats. Before Nidus Prime was released in September 2021, the norm was to get Nidus with Platinum from the in-game market, as it’s a lot easier to grind for that Platinum rather than through the basic method. Now onto that painfully challenging method: if you want Nidus without using your Platinum, you have to grind Rotation C of Infested Salvage on Oestrus on Eris. Even after you’ve gotten to Rotation C, there is just a 14% chance to drop one of the three main components, meaning you’re looking at dozens of runs on an average to make sure you get all three. For the main blueprint, simply complete “The Glast Gambit” quest. To obtain this quest, you must have completed “The War Within”. Once you have done that, simply speak to Ergo Glast at any Relay and you should get the quest immediately.

Nidus Prime is much easier to obtain and has slightly better stats. All you have to do is do Radiant Relic runs, and if you want to spare that grind as well, you can simply get him for Platinum for less than half of Nidus’ market cost.

Nidus has a special stack-system that appears in the bottom corner with a number and a gauge. The gauge is divided into five sections, and filling all five gives you one stack. This resets the gauge and ups the stack counter by 1.

Here’s how you can fill the gauge and keep increasing your Mutation Stacks:

Nidus also has the Undying passive ability, where if you have at least 15 stacks and receive fatal damage, you stacks go down to zero but you survive the attack. If this is activated, you also get half of your health back and become invincible for 5 seconds. Interestingly, there is an augment for this passive (Abundant Mutation) that can buff your max stack limit, with a cooldown for Undying being the trade-off.

Ability 1: Virulence: Nidus ruptures the ground and sends a parasitic wave (affected by Ability Strength, Ability Duration) that steals Energy from each enemy hit, and also adds to your Mutation Stacks gauge. This Energy gained is inversely affected by Ability Efficiency.

Ability 2: Larva: This ability spawns a floating pod that shoots out tendrils (Ability Range) and sucks enemies into it. Holding them (Ability Duration) this way and using Virulence on them is the fastest way to stack up your gauge, as being held by Larva makes it so that all of them are in one place and each contributes to your stacks. At the end of the duration, enemies still alive simply fall to the ground.

Ability 4: Ravenous: This ability uses three Mutation Stacks to conjure infestation on the ground, sending out maggots that attack enemies, and granting your team Health buffs (Ability Strength) when you’re standing on it. Ravenous is also affected by Ability Duration.

Here’s the best build for Nidus and Nidus Prime. You can use Steel Charge as your Aura Mod if you want, or you can switch the polarity and go with something like Energy Siphon

Nidus is one of those Warframes everyone should have. He excels in Survival and Defence missions and has a versatile kit that is actually fun to use. He’s not the best for missions where you have to move around a lot, but he scales exceptionally well with Enemy Levels in longer missions.

Pro tip: use a black and white palette to make your Nidus look like Venom. Add red as the Energy Color, and you have what’s probably the best Nidus style in Warframe.