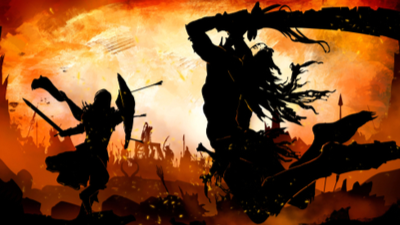 Even though World of Warcraft comes with amazing Role-Playing Game (RPG) mechanics and great lore, other elements make it unique. In WoW, when you create your first character, there’s a particular requirement in between. Indeed, behind each available race, you get to pick their faction. Hence you get the opportunity to choose out of either faction; Alliance or Horde. Even though it may seem unimportant at first, it makes the overall journey different. To help you make your decision between the two our Horde vs Alliance comparison is to give you the thrilling characteristics of the two factions, giving you all the knowledge you need to create your hero on a new server.

When you join either the Horde or Alliance, you automatically enter a bigger group. Therefore, the races involved in the same faction suddenly become your allies. Additionally, you can only understand the “spoken language” from the community that belongs in your gang. In other words, when you use “all chat” to players that belong in the other faction, they only see gibberish. Most noteworthy, players that do not belong in your group can attack you in PvP (Player versus Player) servers or PvP Zones.

Overall it brings a lot of exciting gaming mechanics for any World of Warcraft player. Besides the constant competition between factions, you see the lore around their perspective. As a result, you only see half of the game’s content when you stick to a single group.

Differences Between Alliance and Horde

The constant clash between the two leading groups in Azeroth began when the Orcs invaded the planet. As a result, both communities have suffered incredible losses as they fight each other through the years. Simultaneously, each faction made their numbers bigger when they recruit a new Race to their Ranks. Through some expansions, we can create new characters that come with exciting traits in gameplay terms.

They both have their ups and downs, but you won’t get any outstanding advantage for either group. Indeed, Blizzard’s developers always want to keep things as equal as possible when playing or debating Alliance vs Horde. As a result, you get to see the same number of maps, chapters, or game time when an expansion hits the servers.

A bond made its way between Races and tribes with the single purpose of defying the Alliance. They tend to use their knowledge of the field and incredible skills to survive in Azeroth. In this faction, they pick their leader (or Warchief) through the mastery of battle that he/she possesses. Furthermore, they have lots of powerful Shamans that acquire their power through nature. As a result, they occasionally bond themselves with nature (except for the Undying) around them.

Within the Horde, you can find the following Races:

These powerful adversaries tend to use their bonds to strike as a whole. Their leader (a King) follows the same royal bloodline and tends to surround himself with the other races’ counselors. When anyone gives any trouble to one group, they usually get destroyed when the whole Alliance’s community hunts them down.

Within the Alliance, you can find the following Races:

Which is better, Alliance or Horde?

Neither faction is good or bad in WoW. Both of them have their positive and negative moments.

Is there are impactful gameplay element when a server usually contains players from the Horde or Alliance?

Yes, if you create a character attached to a faction with fewer players in a server, you may come across some difficulties. For example, you will have fewer allies in PvP, fewer customers in the Auction House, and a quieter chat.