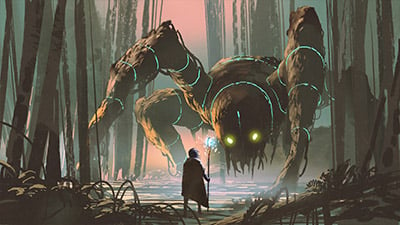 Believe it or not, the next brand new World of Warcraft expansion is now upon is. Although there’s no specific release date yet, Shadowlands is bound to go live sometime in the fall of 2020. And with the hype building up, we’ve decided to make a guide on how to prepare for Shadowlands, the right way!

Getting ready for a fresh expansion can be a daunting and even confusing task for many folks. Thankfully though, we’ve prepared a bunch of truly helpful tips and tricks that are applicable to both new and returning players!

For more on Shadowlands, check out our guide on WoW Shadowlands Covenants!

How to Prepare for Shadowlands in 7 Brilliant Ways!

Note that you can pick any or all of the 7 methods listed below as part of your pre-expansion preparations.

1. Get Your Alts Ready

Leveling up your alts prior to the launch of Shadowlands is essential, especially since there’s going to be a major level squish. WoW’s 8th expansion will see the maximum level go down from 120 to 50, so you’d want to have as many toons level capped as possible.

Think about leveling up as many alt characters of classes that you don’t currently have as possible. Ideally, you’d want to have 440 (or preferably 445) weapons, essences and the legendary cloak prior to the launch of the new expansion.

By leveling them up to the BfA level cap (120) and acquiring better gear and items, your toons will be in a superior position when Shadowlands goes live. Leveling up their professions is a crucial aspect as well, which you shouldn’t neglect.

When you feel like there’s not much else left for you to do in the current expansion, you can always opt for an activity that never gets old – stacking up on gold. This essential in-game currency will be always needed and the final months prior to a new expansion are the ideal time to start accumulating more of it.

The idea is to enter into the Shadowlands with enough gold in your bags already, instead of farming it when it launches. You want to have plenty of gold gathered from Battle for Azeroth so that you can jump right into the economy of Shadowlands.

It’d probably be perfect if you can transition into the next expansion with 1 million gold, but don’t sweat it even if you don’t. Don’t forget that you can always exchange your extra gold for tokens.

If you’re having trouble farming gold, you can always buy WoW gold from PlayerAuctions. It’s quick, convenient, safe, and cheap!

Having plenty of talent-changing tomes as you enter into the new content is a great idea, especially considering how these worked in earlier expansions. For instance, in WoD these tomes were useable until 109 lvl, while in Legion you could’ve used them all the way up to level 120.

Thus, it’s a no-brainer that they will be usable in Shadowlands. And some market analysts already predict a higher demand for talent-changing tomes once WoW’s next expac goes live. This probably means an increase in prices as well, so it’s better to buy them now instead of waiting.

In addition to amassing tomes, it’d also be a sound plan to tock up on scribes. That’s because they’re used to make these tomes, meaning the price of scribes would probably also jump in Shadowlands. So don’t hesitate to go berserk and buy scribes in bulk before the official release date as you can possibly save a ton of gold by doing so.

But there are still plenty of transmogs, mounts, pets etc. that you can acquire from these islands. So if you’re still interested in getting them or any of the corresponding achievements, the time to do that is now – before the expansion launches.

5. Get the Caravan Brutosaur Mount

Blizzard has already stated that players won’t be able to obtain the awesome Reins of the Mighty Caravan Brutosaur epic mount during the Shadowlands pre-patch. This means that the standard price tag for this mount on the AH of roughly 5 million gold right now, will certainly go up when the expansion drops.

In fact, as apparent from the pre-patch the Caravan Brutosaur will only be available at the Black Market Auction House and you can bet that it’ll much more expensive that what it is currently. So if you fancy owning it, definitely go right ahead and buy it now, before its price skyrockets.

Although this has little to do with Shadowlands, jumping over to Classic WoW servers can actually help to reignite the spark so that you’re more pumped for the coming expansion. WoW Classic is undoubtedly the most genuine and authentic way to experience the game in its early stages.

In fact, vanilla has always been a favorite among most players as it’s considered the gold standard in MMORPGs. There are no fancy gimmicks or game mechanics like the ones found in the current game, but that’s one of the biggest pros of Classic – its simplicity.

7. Take a Break from WoW

Although this might sound counter-intuitive to some people, it can actually be very productive as you wait for Shadowlands to go live. Taking some time off makes a lot of sense, especially if you’re fully prepared for Shadowlands by having enough level-capped alts, gold etc.

For example, you can focus on spending some quality time with your friends and family. You shouldn’t neglect your close ones because of a video game and now’s the time to give them the attention they deserve. This may be one of the most important things to consider when thinking about how to prepare for WoW Shadowlands.

Now you know how to prepare for Shadowlands, WoW’s 8th expansion that’s coming in the very near future.

Regardless of your preferred method, we’ve highlighted 7 superb ways for making sure that you’re all set for all the new content that you’ll be able to enjoy.

But what’s your own way of getting ready for the upcoming World of Warcraft expansion?