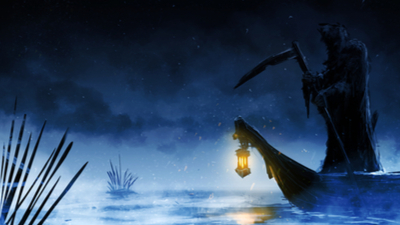 The phrase “WoW is dead” is one that is thrown around a lot on the internet amongst its critics. This is partly because of the divisive nature of the game, whether its due to the content that it holds or what’s to come, there is something seemingly for everybody to discuss when it comes to the popular MMORPG. The sheer length of time that it has been in existence also plays into this, as there will be players out there wondering whether it has maintained relevance after all this time, or whether it needs a shot in the arm in the form of a new expansion.

The following topics for this article include:

Before we delve into Shadowlands and what it has to offer, we should first take a look into whether World of Warcraft is dead already.

The question of whether or not World of Warcraft is dead is a really difficult one to answer, particularly from an objective point of view. Statistics show that even today after nearly 16 years we are seeing several hundreds of thousands of players on the game right now, which hardly indicates a dead game. Not to mention that the MMORPG franchise is one of the highest grossing video games ever, and often finds itself at the top of the ratings when it comes to the player count for online RPG titles.

Having said that, given the longevity of the game, are fans expecting to have seen more from the popular title? We saw the revitalization of WoW Classic being introduced, which delighted fans old and new with a look back at where everything began. But a lot more players are playing retail than Classic. Despite it being a while since the last raid was released, and it generally feeling less empty at times, there are several full servers in retail that show that there’s a staggering amount of players still enjoying venturing out into the MMORPG.

You can also look at the comparisons with Classic with streaming platforms such as Twitch. If you search for World of Warcraft on Twitch you will often find it in the top 10 list of games being viewed at that time, and rarely finds itself outside of the top 20 or so. As for the Classic comparison, you will also find that the majority of the top viewed streams are usually retail, with Classic only making up roughly a quarter of the top 30 streams in that category.

No, this isn’t comparing the two WoW offerings, and retail being more popular doesn’t answer the question of whether or not its dead. But they are clear indications that the title is indeed alive and well, and can’t really be constituted as dead. Even so, it still raises the question as to whether Shadowlands will provide a shot in the arm that many fans are looking for.

So there is evidence to suggest that there is more than enough of a fanbase out there still for WoW. That doesn’t mean to say that there isn’t any sort of decline at all, nor has it avoided stagnating over the years, particularly with the last couple of expansions. What Shadowlands does look to be setting out to do is upset the status quo in some ways, something that a lot of players are bound to be unhappy about.

Players are going to be ripped away from Azeroth into the afterlife in the form of the Shadowlands. This means that there is going to be a bit of back and forth with new players to the game, especially where both lore and gameplay are concerned. What we are expecting from Shadowlands however is a new experience for players to enjoy, and whether or not that’s something that WoW needs right now will all come down to personal preference.

With new locations, a fresh story, and an altered levelling system, there seems to be a lot to come in terms of a revitalized new take on World of Warcraft, meaning that Shadowlands could well be something to revive interest from those who have fallen away from the game in recent years.

Should New Players Wait for Shadowlands?

This is possibly one of the most important questions to ask in regards to the upcoming expansion. There is bound to be a number of new players coming in, but the hype around it pre-launch may tempt players to start early. This is completely fine, if you can’t resist the temptation and lure from World of Warcraft.

Sure, you could get started now and get yourself acclimated with the game. But given that there is a new starter area coming, a new levelling system, and much more that is going to have an effect on how the game plays for newcomers, it might be worth waiting just a few more weeks for the release of Shadowlands.

Given that you will level in a new zone, before heading to Azeroth before going to the Shadowlands to hit level 60, it would make sense if you just wait and experience it in that order. This way it won’t feel as disjointed as many feel it is now.

Conclusion – So Is WoW Dead?

To sum up, it would be overly harsh to say that WoW is dead. Stats clearly show that there is still a lot of love for the MMORPG, and it isn’t likely to slow down in the build up and release of a new expansion, which is expected to drop at the end of next month. If you can hang on that long, then Shadowlands could be a great starting place, and could see a surge of new fans coming to the franchise. Whether or not it will succeed remains to be seen, but either way its hard to deny the popularity of WoW even after 16 years.