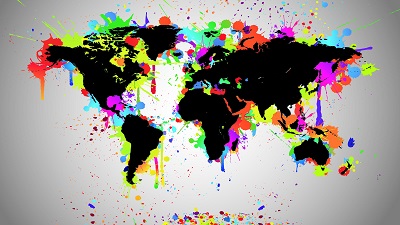 Your friend wants to play World of Warcraft (WoW) with you? Don’t miss the opportunity to earn these fantastic rewards that will definitely aid you in-game. From getting free levels to a crazy XP bonus, learn everything you need to know before you Recruit a Friend WoW style. In this guide, I’ll show you how to recruit a friend: the steps, the rewards, the benefits and some quick tips on how to get the most out of these three amazing months!

Steps for Recruiting a Friend

Your friend is not required to have a pre-existing WoW account and if your pal already has one, but it has to be less than 30 days old for this to work. You can always recruit a friend who already has a Battle.net account, WoW just will be added to it.

If, for some reason, you find that the recruit a friend is not working, you can always “open a ticket”. Blizzard’s customer support is the best and they are always available to help you.

“But, why would I use the recruit a friend option?” Well, recruiting a friend in WoW has many benefits, you get epic rewards, free game time AND you get to spend time with fantastic people!

This boost is a 300% bonus experience to everything you do with your recruited: quests, dungeons, and so on, and it can be stacked with other experience boost like the Darkmoon Faire and Heirlooms, among others.

The limitations: discovering new areas doesn’t count for this bonus. You have to be close to your friend (within range), no more than four levels apart and in the same party group.

You can summon your recruit. Let’s suppose your buddy wants to play a night elf but you’re already sick of leveling in Kalimdor and you want to try dwarves. The solution is simple: play the dwarf and summon your friend to start leveling in Dun Morogh. Also, you can be nice and let your new recruited pick the leveling zone. Either way, you’ll be skipping hours of traveling.  You can do this by right-clicking on your recruited character’s portrait or from the friends list and selecting “summon friend.”

The limitations: if the person being summoned is level 90 or higher, he or she won’t be eligible to be summoned. You have to be in the same group. It also has a little 30 minute cooldown, but lucky you, your cooldown don’t affect your friends!

This one is a great benefit for the veteran player because for every two levels that the recruited friend achieves there is one level to be granted to the recruiter friend. It’s cumulative, so the levels don’t have to be granted right away. Pro tip: when your friend grants you a level, make sure you have a high percentage of experience (the granted level is a complete one). Let’s say you’re lvl 89 with 80%, now you’ll be lvl89 with 80%, that’s a nice boost if you ask me.

Read More on World of Warcraft:

Yes, as you read it, a whole month of subscription to your WoW account, so you can keep playing with your friend, one month free! This one is given when your recruited pays the first month’s subscription.

This one is given when your buddy pays the second month’s subscription. There’s a variety of mounts and pets to choose that consist of the following:

Tips to consider in recruiting a friend in WoW

Quick Guide to Get the Most of Recruit-a-Friend with your Buddy!

Blizzard games with Recruit a Friend

World of Warcraft is not the only Blizzard game with this feature, there are two more games and these are Hearthstone and Heroes of the Storm. Since they both are free to play, the rewards may not seem as amazing as the ones from WoW, but they’re easy to obtain by being “no-subscription-very-addictive-games.” Also, who doesn’t want to have a murloc as a hero in Hearthstone?!

If you have MORE questions about getting your friends to play, here’s the link to the WoW website answering the entire Recruit a Friend FAQ.