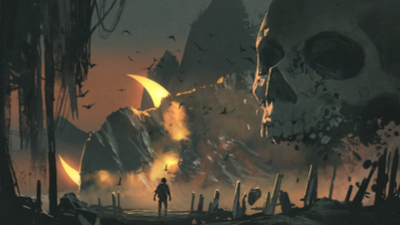 World of Warcraft: Shadowlands, compared to other recent releases, took a bit more time before making it out of the proverbial shadows. It could be that Blizzard is being more meticulous this time, the release simply got affected by COVID, or both. So, is it worth the wait? You be the judge and check out the WoW Shadowlands leak, zones, Covenants, and many others!

After doing that, check out How to Prepare for WoW Shadowlands too, and head on over to PlayerAuctions to find some great deals on WoW Gold, Items, Accounts, and Powerleveling to get you battle-ready for Shadowlands!

What is World of Warcraft Shadowlands All About?

Before we go to the expansion’s finer details, here’s a lore refresher for the expansion. The last time we saw Sylvanas, she destroyed the Lich King’s crown, thinking that it would free Azeroth from the strife it’s been plunged into since the Burning Legion. Unfortunately, it opened a hole in the roof of the world. This hole leads to Shadowlands, the afterlife in their universe. Now, both Alliance and Horde must ascend to the dead and the unknown in order to save the living–as well as determine which faction gains dominance over the other.

What WoW Shadowlands Leaks have Surfaced?

So, what about so-called WoW Shadowlands leaks? Based on what’s been seen back in April, there will allegedly be new skin and armor options, as well as new races, such as Kyrians, Fauns, and Vampires. Whether they are playable or not remains to be seen, as we’re nearing release date and Blizzard has not officially announced any new races yet.

Will There Be New Allied Races?

Like what’s been previously said, the lack of an announcement despite the nearing release date seems to indivate that there won’t be new allied races. However, levels required to unlock allied races will be removed.

What Are the New Zones and Dungeons?

Much like other games’ afterlifes, the Shadowlands zones are:

True to World of Warcraft tradition, each zone has its own quests, monsters, cities, and dungeons. The new dungeons players will be exploring are:

What are Shadowlands Covenants?

Shadowlands, however, goes beyond that, with the inclusion of Shadowlands Covenants. Except for The Maw, each zone has its own faction, and each faction has its own plan for the Shadowlands. None are more virtuous or viler than the other, so it’s up to your moral judgment which one you’ll choose. Or perhaps you’ll decide based on your preferred character growth, as you’ll be gaining faction-exclusive unique abilities depending on your covenant selection.

The WoW Shadowlands covenants are as follows:

Being involved in a Covenant means you’ll have to take on the missions they’ll be giving you. Aside from the aforementioned unique abilities, you’ll also be getting mounts and a few visual treats for completing them.

What Are the Changes to Leveling in Shadowlands?

Last but by no means any less important would be the changes to character growth and customization. First off is the leveling. Level 120 will be squished and brought back down to 60, with Shadowlands content accessible at 50. Blizzard will also make leveling faster, and divide it into three segments: the introductory part at levels 1-10, the chance to play any expansion from 10-50, and finally Shadowlands.

World of Warcraft: Shadowlands will be out on October 27 this year, and will have the following PC requirements:

Ever since Warcraft 3, death has no longer been the end in Azeroth. Fast-forward to now and World of Warcraft: Shadowlands just makes it even truer. So, if you’re “dying” to get back to Azeroth, there’s no better time than in the next expansion!