WoW Solo Legion Raids Guide – How to Solo with Ease 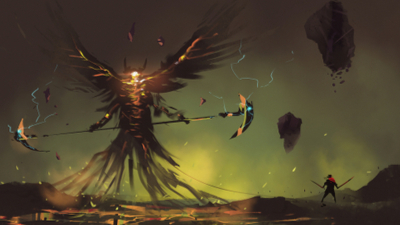 Now that the Legacy Loot System is applied to World of Warcraft Legion Raids, a reason to do them solo appeared. Here we’ll tell you how to solo Legion Raids and what you need to do so.

What are the Requirements and Recommended Specs for Solo Legion Raids?

The first requirement is to be at least 11 levels higher than the recommended level of the raid. That way, the Loot Legacy System kicks in. You’ll get more chances for the boss to drop the equipment you need in a single run.

The recommended level for solo raiding, however, is to be at the max level. At that point, even with average gear, you’ll be able to go through the bosses without much difficulty. Of course, you should still aim for the best you can afford to get (somewhere around 430 ilevel).

As for classes and class specialties, any class should be able to solo Legion Raids. Priests should specialize in the Shadow tree to have DPS that can defeat the boss. The most recommended ones, however, are Hunters, Blood Death Knights, and Feral Druids.

Paladins and tank classes have the advantage of shrugging off the mind control mechanics of some bosses. Rogues are also viable solo raiders, as speedy mobility is good for crossing large distances.

Blood Death Knights are the all-around good solo raider, with a good sustained DPS and self-healing options. Hunters are the ranged versions, arguably even better with pets that can take aggro from you. Druids have a good balance of abilities to tank, heal, and deal damage, so they’re the most versatile class.

Every class has its own pros and cons. Even as a DK, you’ll run into trouble with raids where you need to escort an NPC. They don’t have good ally-healing options. Priests, even those specialized in Shadow, might have trouble defeating bosses quickly. It’s really up to you. The best class depends on what you want to do.

Which Legion Raids are Viable Solo?

When running them at Heroic and lower difficulties, you should be able to do everything solo. Running them on Mythic, you’re bound to run into some problems especially if undergeared. Many bosses need a DPS check to clear or have troublesome mechanics when in Mythic.

Generally, if you can pass the DPS check of Mythic Nythendra, you should be able to solo The Emerald Nightmare in that difficulty. You’ll encounter similar checkpoints in Nighthold, but you should be able to pass them with a well-equipped DPS class. As for the rest of the raids, you’ll need to be properly and highly geared (ilevel 460 and above) for those.

Be warned that it might still take some time. After all, these bosses have life values for teams of 20 for Mythic difficulty.

Use Everything You Have

That means trinkets, food buffs, and whatever other consumable you can use. You’re running the raid solo, so you’ll need all the help you can get.

Relating to that, prepare all the potions and odds and ends you can before starting the run. It’s better to start out encumbered with consumables than running out of emergency supplies mid-raid. Remember to leave a bit of space to gather up the loot, though.

Be Alert and Aware

You’re alone, so if you don’t keep an eye on your HP, stamina, and mana, you can’t rely on others to save you in a pinch. It also means to be aware of your positioning and what the boss is doing, as well as any fight mechanics you need to do.

You may want to watch some videos of solo runners to get an idea of what to do for some of the tricky fight mechanics. It could be easy to forget what to do when you’re in a group or when you’re following orders. Take a refresher so you don’t get blindsided.

Use the Benthic Cloak

As we recommend you to be at the max level before trying this out, do some world quests and grab the Benthic Cloak before anything else. That should get you to around 400-430 ilevel, just enough to breeze through the raids.

Lastly, have fun! Don’t worry if you can’t complete a boss, just try again with a stronger character later.

Is it Worth Running Solo Legion Raids?