Vanilla WoW Quest Helper: Is Questie All You Need? 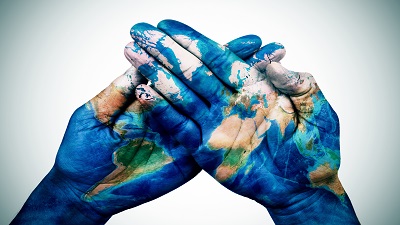 Now that we know for certain that World of Warcraft Classic will become a reality at some point in the future, more and more fellow WoW fans are drawn to good old vanilla. And logically, questions such as “What’s a good Vanilla WoW Quest Helper?” and “How good is Questie?” are getting more popular by the minute.

I know that some of you probably don’t remember an awful lot of the original game (especially if you weren’t hardcore enough), or you might’ve skipped vanilla altogether if you started playing during a later expansion.

No matter the reason, today we’re taking a closer look at how the quest system worked back in the days and what your best options are when it comes to AddOns. Yes, original WoW didn’t have an integrated quest tracker.

But wait, why wasn’t there any built-in quest tracker/helper for vanilla?

Well, because vanilla was the pinnacle of World of Warcraft in terms of how hard the game actually was. Back in 2005, there were an awful lot of aspects lacking that players take for granted today.

And when it comes to quests, it was the same story – hardcore to the bone. Obviously, Blizzard wanted us to actually read the text quests in their entirety, because for the most time that’s how you get an idea of what the objective is and where to go.

More than ten years ago, players had three options in order to keep their sanity, because some quests would totally make you go insane – that’s how vague some text objectives and descriptions were. So, the three options were:

Guess what though – in order to have this database of quests and relevant information, someone had to type it in, right? Indeed, those people are true heroes in my eyes. Can you imagine doing the mighty “Mankrik’s Wife” quest in the Barrens without any guidance or general idea what direction to head to?

Needless to say, questing was immensely harder than it is right now and subsequently more rewarding. But hey, why don’t we check the best quest AddOns for vanilla WoW since we’re on the subject?

First and foremost, I know that in 99% of cases the argument over the best quest AddOn in vanilla is between Questie and Shagu (now pfQuest). And that’s why they are the top two AddOns – what a shocker, eh?

The one that I’m using currently and unarguably the best of the best, or in other words – THE quest AddOn for World of Warcraft 1.12.1. Most of the people who play vanilla are most likely relying on this bad boy and for a good reason.

It supports all kinds of mapping AddOns (not just Cartographer) and the devs behind it have reworked the whole thing so that it’s much more like Blizz’s default quest tracker available in current WoW. And on top of that, it’s pretty user-friendly so that’s a total win-win.

For me personally, Questie is so awesome because it offers great functionality without being too intrusive. You simply install it and forget about it – the only thing that you have to worry about is configuring it if you don’t like certain things being displayed (like QuestArrow etc.).

Here are some of the cool key features:

While Questie is by far the most popular quest AddOn for 1.12.1, I’ve found that there are some glitches every now and then. Like, for some reason, sometimes certainly available quests don’t appear on the map, while ones that I’ve already completed do – go figure.

Some swear by Shaqu or pfQuest as it’s not known. Apparently, it’s more of an in-game version of the likes of Wowhead. Honestly, it kind of fits the theme of original WoW – you know, not being spoon-fed all the time.

The general concept sure is pretty similar to Questie (they’re quest tracker/helper AddOns after all), but there are certain parts that set Shagu apart. Namely the exact location of NPCs on the map, with coordinates and everything. Have a look yourself:

As you can clearly see folks, it’s a tough call between Questie and Shagu (pfQuest). The latter sure offers more overall functionality and is definitely the better AddOn if you want more bells and whistles. In the end, it all boils down to what your priorities are.

Playing vanilla WoW is all about the adventure so you’d be forgiven if you stayed true to the hardcore nature of the original game and said “no” to quest helpers. But for all of you that want some additional help for your adventures in Azeroth, you’re now familiar with the two best quest tracker AddOns.

As I already pointed out, I’m personally using Questie at the moment (because I got used to it and I couldn’t be bothered to change it), although pfQuest is probably just as good, if not better.

Now, why don’t you share your thoughts on vanilla WoW quest AddOns and whether or not you use any of them and if so, which one? You can do so in the comment section below!