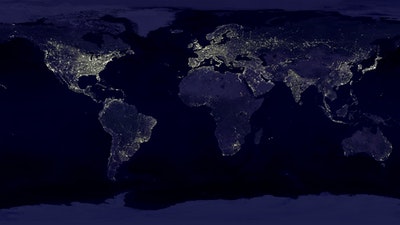 Who would have thought that the day would come where World of Warcraft (WoW) would overtake a part of the world economy? Well, at least, by the standards of the Venezuelan Black Market, it’s true. In fact, a twitter user and Venezuelan man going by the handle of “Kaleb” has confirmed that the black market exchange rate between Bolivar, Venezuela’s official currency, has dipped below more than WoW gold. It isn’t too bizarre to find economic crises that suddenly destroy the value of the currency. On the other hand, it isn’t every day to find a fall so drastically to the point where the WoW Gold Token Price has more value than a country’s currency.

What’s worse for Venezuela is that at the time of this writing, the bolivar is now on a far lower standing than when this tweet first came out. Now, at the time of this writing (August 6, 2017), the WoW Token, going for $20 a pop, was going for the natural exchange rate of 143,056 gold. In other words, WoW gold comes at about 7153 gold per dollar, roughly 21k bolivars per 1 dollar. Well, it’s safe to say that there’s more value in working hard in Azeroth than there is in Venezuela. These numbers are just for North American. The pricing for the WoW Token in other countries, such as South Korea and Taiwan per gold is double because of inflation. However, the Bolivar deficit still beats them by a long shot.

By contrast, even our cheapest prices here are late in comparison to the undervalued Venezuelan Bolivar. The lowest price our WoW gold exchange per dollar has ever gotten to was only 17.5k gold. Even now, our lowest average price sits comfortably between 10 to 12k gold per dollar. It might sound silly to think, but some folks that earn WoW gold get more money than people working for the Venezuelan dollar. Let that sink in for a bit.

World of Warcraft: The Economic Powerhouse

The world economy can be touch and go at times for certain countries. With bad governance and unethical leaders, any nation can end up like Venezuela. However, if there’s one thing for certain, Azeroth has a far more maintainable economy. WoW gold trading is, whether through the sale of WoW tokens or third-party trading sites, a profitable and enduring venture that every budding gamer entrepreneur should try at least once. With an exchange rate like these, who needs other currencies?