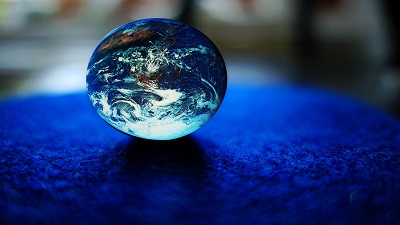 Honestly, this has to be the most sought-after question regarding the original state of World of Warcraft (WoW). What is the best Vanilla WoW Server that captures the essence of the original game and where can I find this elusive server?

I know, you just had a surge of nostalgia when you read the words “vanilla WoW.” And logically, you’d like to experience the sheer epicness of the good old WoW once again. Trust me, that’s how I felt few years ago and that’s why I embarked on an epic journey throughout Azeroth once again.

Sit back and relax, as today we’ll have a look at the best (and why it is the best) possible place to immerse in an authentic adventure that will take you back all the way to 2006.

Do note that I’ll be highlighting only the BEST server at this moment. Kronos’ reputation is dubious and so is the overall quality of the server – their scripting is far from perfect. Seriously, I hate it when my Warr’s Execute isn’t working as it should (i.e., it drains all of my rage, but without doing any damage to the target… yeah, right).

Also. I’m not sure if we’ll ever witness the official launch of Crestfall in our lifetime (yes, it’s still not out yet). First off though, let me tackle the subject of Nost and I’d like to offer some clarification about it.

Nostalrius is still the best one out there… or, is it?

I hate to be the harbinger of bad news, but Nostalrius doesn’t exist anymore; at least not in its original form and clearly not under the same name. But more on that later!

Now, during the spring of 2016 everything turned upside down and in the midst of speculations and rumors, it was finally revealed that the guys behind the server got contacted by US and French lawyers acting on the behalf of Blizz.

A long story short, Blizzard directly threatened to sue the founders of Nostalrius. Unsurprisingly, the mega-popular server officially shut down on April 10, 2016. What a sad day for the entire vanilla community that was!

However, after the owners of Nost met Blizzard representatives in person, and after their negotiations for legacy servers have only resulted in hints but nothing official as of yet, in late 2016 it was revealed that Nostalrius source code will be given to the guys of Elysium.

Not long after that, the Nost-powered Elysium servers went live and with all the characters transferred from the original servers to the new one, vanilla fans started flocking in, including myself ! Do you see where this is going? Alright then, keep reading.

And the best vanilla WoW private server currently is…?

UPDATE: As I was writing this, apparently all Elysium servers went down as the devs are applying data restoration. Rumor has it that this was not by coincidence and it’s somewhat related to the internal problems at Elysium as some of the key members even have the intention to create a new private server called ‘Light’s Hope.’ Still, this tweet gives us hope that everything will be alright!

Consider it a HUGE spoiler, but nonetheless, the top vanilla server at this moment is without a shadow of a doubt – Elysium. You can basically say that this is Nostalrius 2.0 and you wouldn’t be far from the truth.

The game experience is exactly what it used to be more than ten years ago and I love the fact that the servers are all adequately populated. You won’t come across ghost towns and there’s always someone else who quests in the same area, so finding people for elite quests is not a challenge.

In fact, I’ve been playing on Elysium for a few months now (I play a Human Pally named “Endtimes” if you’d like to say hi in-game) and I cannot find a single annoying or broken thing in the game. Everything is running smoothly and it’s a 100% authentic vanilla experience.

Now, out of the different Elysium servers (Anathema, Elysium, Darrowshire, and so on), I prefer to play on Anathema since it’s the most authentic one as it’s pretty much the original Nostalrius server. In general, here’s what I like the most about Elysium:

More than enough reasons to hop on and give it a try, don’t you think? For me, playing on this server brings huge amounts of nostalgia and to be honest, everything just feels like it did years ago.

Authenticity is what really matters when we talk about vanilla wow servers and Elysium is right on the top. Sure, you can go for Kronos if that’s what you want. But seriously, a server with funny proc rates, cash shop, multiboxing, botting and what not, couldn’t really count as “authentic,” right?

Perhaps Crestfall would be the next big thing but their project has been in the making since early 2015 and there’s no concrete launch date as of yet.

Finding a server that’s up your street could prove to be a challenge, but if you’re after an authentic and progressive vanilla server, look no further than Elysium.

I’ve been playing on different private servers since 2015. I’ve witnessed Emerald Dream’s demise and the birth of Nostalrius (stopped playing there before it got shut down by Blizz) so I know how dynamic the private vanilla server environment is.

That’s why I hope you found my top recommendation helpful as a stable and well-scripted server to help with your nostalgia! Who knows, maybe one day Blizzard will step up and announce that legacy servers will become a reality.

If you have any additional questions or if you simply want to share your favorite vanilla WoW server with us – feel free to do so in the comment section below!