Where to Watch Dragonflight Legacies 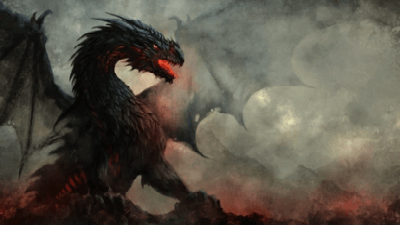 Dragonflight: Legacies is a series of animated shorts about the different Dragonflight. In World of Warcraft, Dragonflights were dragons that represented a color of the rainbow. Five dragons held dominion over their brethren and were Keepers who chose to lead the world. Each leader was called the Dragon aspects, the Great Aspects, or simply the Aspects. The colors of each dragon are black, blue, bronze, red, and green. This article will go over the upcoming shorts series and answer some frequently asked questions like where to watch Dragonflight: Legacies

What to Expect in Dragonflight: Legacies

Nozdormu, an Aspect of the Bronze Dragonflight, will look into an ancient past that can hold the key to saving their future. After 10,000 years of slumber and the return of Dragonflights of Azeroth, they shall defend their home as their enemies attack their sacred homeland. Each short will focus on the history of the Dragonflights, although there is no information about what each story will be told. The trailer does show scenes of the rise of the Aspects. Scenes include defeating Galakron, the fall of Deathwing, the imprisonment of the Dracthyr, the War of the Ancients, and the history of the Primal Incarnates.

Where to Watch Dragonflight: Legacies?

Blizzard premiered Dragonflight: Legacies on October 25, and we can expect that there will be an episode to be released every Tuesday after that. The timing is perfect, as November 15 will be the second phase of the Dragonflight Pre-Patch. Dracthyr will also become playable and Primal Storms Pre-Patch event in World of Warcraft. The release of each episode schedule and the in-game patches are perfect companions when Dragonflight is released. You can watch Dragonflight: Legacies on Blizzard’s World of Warcraft YouTube channel, other shorts and cinematics like Shadowlands Afterlives, Battle for Azeroth, Warbringers, Harbingers, and many more.

The lesser Dragonflights are under the main five; these dragons are either artificial or unnatural. When Deathwing fell, the Dragonflights, including the former Aspects and Alexstrasza, all lost their power and dragon eggs in the Wyrmrest Temple sanctums and their ability to reproduce.

Each colored dragon is proud of its heritage and lineage; they honor and remember the name of all past dragons. The Dragonflights were later separated into small groups called Broods, and each occupied and held territory within Azeroth. Some are more common than others, as the rest are nearly driven to extinction due to waging wars on their kind.

Blizzard will focus these animated shorts based on these dragons on expanding the World of Warcraft universe, allowing players to get familiarized with famous characters or groups that play an essential role in the expansion. Blizzard also plans to lead up to Shadowlands by launching the Afterlives Animated Series to highlight each of the four covenants. You can also refer to the list below of Primary and Lesser dragons, their descriptions, leaders, former leaders, and capitals to get an idea of which dragons you may expect to see in the upcoming series.