Why Are World of Warcraft DPS Rankings Popular? 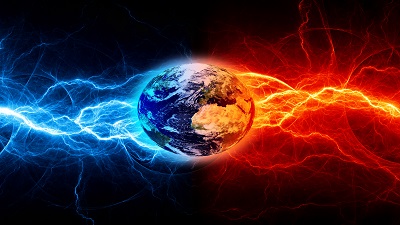 Do you happen to be an avid raider? Is hardcore raiding second nature to you? If your answer is a rock-solid yes, then World of Warcraft DPS Rankings should become your next best friend.

The chances are that, if you are serious about your success into the territory of end-game World of Warcraft, being well familiar with the current DPS rankings is a total must.

But you don’t have to worry about that anymore because you’re in safe hands here. Today, we’re going to dive into the depths of DPS rankings and give you an idea of what they are and where you can get the most accurate data from. Let’s kick off with giving you a clue as to what exactly these rankings are and why they’re so important.

What are DPS rankings?

As the name suggests, these rankings are used as a metric to gauge the current DPS stats of different players in the game. Pretty much, you get information about which classes/specs do the most damage in a raid environment.

Looking at these statistics gives you an idea of the overall damage done to a single target by a certain class with the respectable build. Depending on the site/platform you’re using, you can sort the data by class, spec, boss, and so on.

To put it simply, you get an idea of how well your class (and spec) is doing in a particular dungeon. For example, if you’re an Arms Warrior with end-game aspirations, you can have a look at the most up to date damage-per-second list for your class and get an idea of where you stand in the bigger picture.

In a nutshell, that’s what these rankings really stand for, but now we move onto the next vital question.

Why do you need accurate DPS rankings?

Now that you know what they stand for, it would be logical for you to wonder why you’d actually need them? Well, first and foremost, you need to be aware of the current damage-per-second standings for your class to stay relevant.

That’s right, WoW is a constantly changing game with new patches and updates being implemented by Blizzard on a regular basis. This includes tweaks and changes to boss fight mechanics, class-specific modifications, and so on.

Basically, the most optimal build that worked wonders a few months ago, might not be the best option at the moment. This is where the importance of being familiar with the present DPS rankings comes into play.

You simply take a look at the current top performing players (depending on the DPS rankings platform, but more on that later), with the respected class and build for a given dungeon or even a particular boss, and you’re free to inspect all the details, including the overall, single target damage per second.

Now, we’re going to examine the top and most accurate sites when it comes to gathering relevant data.

The most accurate sources for DPS rankings

Finding the right place when looking for such metrics could prove challenging, no doubt. Noxxic, for instance, is going to be your first option if you do a simple Google search, however, you won’t see it anywhere on the list of recommendations below.

Why? Mainly because it’s notorious for being inaccurate and has a bad reputation among the WoW community. Just have a look at the official forums and you be the judge.

Next up is the list of the top three websites that provide the most accurate and up-to-date data at the moment:

Arguably the best of the bunch, World of Logs is referred to as the most precise site for measuring DPS metrics. As soon as you enter their website, you can clearly see why.

Simple, effective and accurate are the best words to describe it. The site relies 100% on logged info from players. If you’re concerned whether or not the stats are accurate, you have absolutely no reason to.

There’s no need of pointless praises. Here are the real reasons why Warcraft logs is the top rated source of info:

Add to that the fact that you can literally explore various player damage statistics such as player damage, player heeling, fight speed, and so on. Also, you can inspect intriguing stuff like how many players are using certain talent ability.

The rock-solid reputation and stellar data collection is what makes Warcraft logs a true gem.

Perhaps not as popular as Warcraft logs, but this one offers good value, especially if you enjoy digging deep into different metrics and data related to DPS.

Upon entering the site, you’re greeted by various methods for filtering the data. You can literally check the individual best damage per second data for every single end game boss at the moment. These are the main reasons why World of Logs is so awesome:

Obviously, this list could keep going on, but these are the coolest aspects of using WoL’s data. Overall, this has got to be the top-rated and truly best WoW DPS Rankings site.

As we’re nearing the end of this post, you should already feel more confident about your end-game endeavors. Being well acquainted with the current best damage per second spec for your class and taking advantage of it, would prove vital in top-tier raiding.

Now that you know what DPS rankings are, why you’d want to utilize them and what are the top places for getting accurate data? You’re all set for glorious times in your World of Warcraft adventures.

Make sure to check other WoW-related things that can enhance your gameplay at PlayerAuctions. If you have anything that you might want to add or if you simply have any other questions – you can drop them in the comment section below.