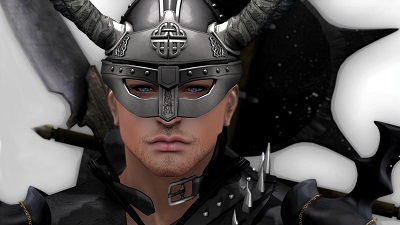 You can think of the armory as the lifeblood of any serious World of Warcraft player’s arsenal. Come on, don’t be shy – everyone’s used the WoW Armory at least once.

And since it deserves its own article, today we’re taking a look at what it really is, how the various non-official armories across the web compare to the official one on battle.net and last but not least – we’ll have a look at the cool World of Warcraft Armory App.

Are you excited? You should be! Let’s kick off with a bit of general info about the almighty armory.

So what on earth is WoW armory and why would I care about it?

In a sense, it’s similar to DPS rankings – this is just to give you a direction. However, the armory is all-inclusive when it comes to the sheer volume of database it stores related to current in-game characters, guilds and arena teams.

One of the most useful features is that you can do extensive searches and even check a players’ achievements, collections, raid progression, PvP info and reputation status. Here’s an example of a Blood Elf Warrior viewed in the official armory.

If your character is below level 10 then I’ve got some bad news for you – only characters above lvl 10 are shown in the armory. Call it discrimination, but that’s how Blizz made it, besides – it wouldn’t really make a difference since who’s going to care about your ~level 10 character anyway?

Now, I want to state that the unofficial or so-called “non-live” armories are actually not to be overlooked. The battle.net armory relies on a character’s last log out as it pulls the data from that moment.

And this is where sites like wowprogress.com  are actually a pretty good resource when it comes to finding vast amounts of character data, among a plethora of other things.

And the logical question is – are there any good alternatives to the official Armory?

Without a shadow of a doubt. I already gave you a link to one of them, but they – I know that you want to know more so I’ll list a few different alternative armories and let you be the judge.

The chances are that you’re familiar with this one (if not, you must be living under a rock or not playing WoW or both). Arguably one of the best sites for all kinds of data and info, from DPS rankings to gear score, and so on.

When you click on a character there, you are presented with tons of info. There’s even some obscure stuff like “Languages,” “Looking for guild,” “Raids per week,” “Mythic Plus Dungeons,” and “Specs playing” under the general character info.

Other than that, the true beauty of WoW Progress lies within its list of unique and intriguing features. This is the list of things you can check for a given character:

Clearly, you can spend days just by examining each tiny bit of data, but that’s what’s so cool and awesome about wowprogress.

It’s generally either between wowprogress or this one, for most WoW players. And yeah, there’s a good reason why Warcraft Logs is so highly rated – it’s pretty solid, not just when it comes to it being a great armory alternative.

There some aspects that set WC Logs apart from its main rival, such as the recent activity tab. Anyway, here’s what kind of character info you can gather by using Warcraft Logs:

The last one might not be all that useful, but who knows – stalkers would enjoy having an extra piece of information, right?

You know what people say – “simplicity is the key.” Well, in the case of Simple Armory, it most definitely is! This one is all about achievements though plus info about a character’s mounts and pets.

However, that doesn’t mean that it’s useless as opposed to the official armory. Have a look at what you can check over at Simple Armory:

And as a bonus, the top right menu lets you easily access the official battle.net armory for this character with a simple click. Oh, and there’s even a “Contact” button – if you want to get in touch with the player, for whatever reason.

But wait, you said there’s an official mobile Armory app by Blizzard?

Yep, in the modern smartphone-age that we live in, that’s a must. There’s one armory app for Apple and one for Android users, so Blizzard’s making sure that no one’s left out.

The WoW Mobile Armory as they’re calling it is meant to keep you attached to the game, even when you’re not actually playing it. It allows you to check all of your characters (including stats and gear) and you can also search for characters, items and guilds (you can even chat with your guild using the app).

And on top of that, you can even use the auction house, simply be using the mobile app via your smartphone. How cool is that?

So there you have it folks – the ultimate wow armory guide. Now you know the top 3 best alternatives to the official battle.net armory. You also know that you can even utilize the awesome mobile app, hooray!

Now make sure to drop a comment in the comment section below and feel free to share your thoughts on alternative armories – tell us which one is your personal favorite!

Are you a WoW Fan? Read more WOW Articles here