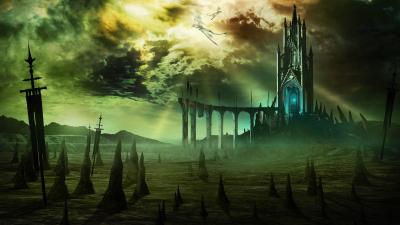 The elusive Inscription was added to World of Warcraft during the Wrath of the Lich King expansion and it has been one of the more intriguing in-game professions since. This crafting profession has gone through quite a few changes over the years. Nowadays, we’re seeing even more adjustments to Inscription—and professions in Battle for Azeroth as a whole. That’s why we came up with this easy-to-digest WoW BfA Inscription guide!

We’re going to provide you with the best way to reach the skill level cap while also getting familiar with the various recipes. And yes, you should care about all the different Inscription recipes if you want to maximize your skill level. Last but not least, we’ll see if this is even a decent choice for a crafting profession in Battle for Azeroth, so make sure to read on!

Is Inscription worth it in BFA?

If you’re into selling Darkmoon Faire trinkets, absolutely! Regardless, it’s worth noting that the profit made from Glyphs back in the days is just not the same. But that doesn’t mean that you can’t make decent earnings from selling Glyphs. Chances are most players in BfA don’t have older recipes, so if you have any pre-BfA Glyphs, sell them!

Then there are the brand new reputation-consumables called Contracts that can be sold for a good profit. Each contract that you use increases your reputation with one of the factions in Battle for Azeroth by 10. And when you consider that just about everyone wants to boost their reputation with these factions for various reasons (e.g. flying in BfA), these Contracts can become a great gold-making tool for scribes!

You can also sell Vantus Runes, if your server is more end-game oriented. That’s because these runes can only be used in raid instances as they can be used only once each week and on a single boss only. Besides, Vantus Runes are also raid-specific as each particular recipe drops from a specific raid (i.e. Battle of Dazar’alor).

Where and How do you learn Inscription in Battle for Azeroth?

You can learn the Inscription profession in the Battle for Azeroth expansion by visiting your faction-specific trainer. Note that Blizzard has decided to split Inscription in BfA, making it more distinctive for each faction. Thus, Horde players learn Zandalari Inscription while Alliance players have access to the Kul Tiran Inscription.

Subsequently, the Horde Inscription trainer is located on the Zandalar continent, while the Alliance one is in Kul Tiras. Here’s what they’re called and how to find them:

What is the Best BfA Inscription Leveling Guide?

This is the most efficient and easy-to-implement Inscription leveling guide for reaching 175 skill level in BfA! On a side note, consider trying to level Inscription on a Nightborne character as they get +15 skill level to Inscription due to one of their racial abilities.

First, stack on loads and loads of Light Parchment as you’ll need it for various recipes. Then, this is what you need in order to reach level 50:

Make these inks until you get to 50 then stop.

From 50-80, either use your newly acquired Mass Mill spell or alternatively craft War-Scroll of Battle Shout scrolls until skill level 80—whichever you prefer.

Continue crafting War-Scroll of Battle Shout scrolls as at this point you’ll need around 5 to 8 of these, depending on your luck. This will mean that you need roughly x64 Crimson Ink.

Here, your best bet is to reach Honored reputation with the following factions (depending on your faction) – 7th Legion (Alliance) and The Honorbound (Horde). You can get to this reputation by completing your War Campaign and by doing several faction assaults—easy peasy! And here’s what you’ll need to craft in order to get to skill level 142:

At this point, you can still craft Contracts, but a more optimal approach would be to switch to making Darkmoon cards. Here’s what you’ll need in order to reach level 145:

The last and final step is to unlock the new Inscription recipes added in patch 8.2. To do so, you have to visit your faction’s Inscription trainer at the new zone Nazjatar –  Instructor Okanu for Alliance characters (38.0, 53.2) and Narv for Hordies (49.2, 61.6). And this is what you’ll need to craft:

What changes did Blizzard make to the BfA Inscription Recipes?

The Inscription profession is now split by faction and there are new Inscription recipes, as well as new reputation-increasing consumables called Contracts and Venus Runes used in raids. Also, one of the more noticeable changes was that Rank 1 and Rank 2 recipes for this profession now require only a tiny bit of Inscription skill level in order to be learned. Other than that, both Rank 2 and Rank 3 recipes demand you to have learned the previous rank (i.e. having Rank 1 in order to unlock Rank 2) so that you may use them.

And as you might imagine, almost every patch since the releases of Battle for Azeroth has added new Inscription recipes to the game. Both patches 8.1 and 8.2 had added pretty much equal amounts of new recipes, although none were added in patch 8.1.5.

It’s safe to say that World of Warcraft’s 7th expansion implemented quite a few changes to how this crafting profession works. Nonetheless, the WoW BfA Inscription is still as intriguing as ever and possibly just as lucrative.

Over to you now—do you have Inscription on any of your characters and if no, why? Leave your answer by dropping a comment below!