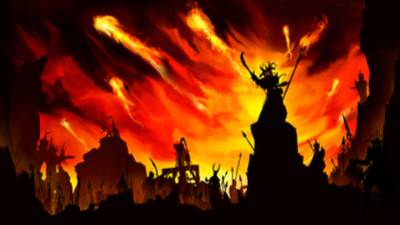 This article will discuss all of the new elements of the WoW Classic Phase 6 patch. At the same time, you’ll learn the possible outcomes and how to take advantage of the fresh content.

Many veterans and new players alike experienced what it feels like to play this old MMO (Massive Multiplayer Online) video game through World of Warcraft Classic. Surprisingly enough, due to its constant support and player base, the development team still keeps the WoW Classic alive through patches.

Like the early days, we see how the content evolves in the servers and molds the overall gameplay. Most noteworthy, it feels like you’re rereading an old fantasy book from your collection. Where the character progressions evolve, and different events mold the virtual world. To an extent, gamers with this opportunity like to relive these previous events with other faces and new friends.

Taking this into consideration, the developer team at Blizzard keeps the timeline intact. Therefore, we get to see how the different dungeons and raids made their appearance to the public. At the same time, we experience difficulty since we still lack some abilities or passives from future installments. Even players retake these events with respect and assume the challenge to clear these dungeons/raids with their guilds.

This time around, in WoW Classic Phase 6, we get what seems to be an ending chapter. Overall it develops the fight between the living and the Undead. In the World of Warcraft lore, this part of the “fantasy book” tends to become exciting and a gateway for a possible expansion.

Before entering the new Raid, you’ll need to gain tons of reputation with the Argent Dawn. Luckily you have a lot of activities to achieve this task. To make the must of this timely word event, you’ll need to follow these steps:

First of all, both Stormwind and Undercity will have some invasions from Scourge “mobs” (Monsters). Since these places have low-level players, all of the invaders will appear neutral, and you have the opportunity to take action or not. Otherwise, the city’s guards might take over. After all of the Undead are taken care of, a “Faint Necrotic Crystal” will appear, giving you the start of a quest.

Secondly, multiple invasions might appear at random hours in these locations:

When the event is active, you’ll see a marker on the map, and you need to travel and reach that point. You’ll notice a large group of Undead mobs and a green crystal in the middle when you arrive. The gimmick is to kill all of the intruders who, in return, reduce the crystal’s health.

When the device reaches a critical point, four acolytes will appear in an attempt to restore the shard to normal. To stop this healing process, you need to interact or “talk” and use eight “necrotic runes,” and it will fade away. Simultaneously, a “Shadow of Doom” monster gives excellent rewards if you manage to kill or hurt it. Above all, remember to equip the Argent Dawn trinket for better rewards.

Remember that these are PVP zones, which means that someone from the other faction may react faster and take what is supposed to be yours. Even worse, they could even attempt a kill. As a result, travel through these areas with some friends or guild members.

When you destroy all of the green crystals from one area, the floating Necropolis (the big pyramid thing in the sky) will disappear as well.

With the WoW Classic Phase 6 Update, players will have the opportunity to test their strength with the Naxxramas Raid. In here, you set a team of 40 players and prepare for a clash between the living and the Undead. As a result, you’ll need different armor sets or buffs that could give you an advantage against them.

Before we proceed, you need to unlock the Raid in your account. To achieve this task, you need to reach an “Honored” reputation with Argent Dawn. Afterward, talk to Archmage Angela Dosantos within Eastern Plaguelands (Light’s Hope Chapel) and begin the quest. Depending on the current standing with Argent Dawn level, you’ll need to deposit materials and Gold to complete it.

Within the Raid, you’ll need to clear four different “Wings” by killing the bosses. Afterward, a fifth part of the flying Necropolis will unlock with the final treat. Indeed, the last challenge is to destroy the Undead Kel’Thuzad, which is one of the Lich King’s most powerful officers.

The Nexxramas Raid will be available on December 3rd – a couple of days after the release of WoW Classic 1.13.6.

With the Necrotic Runes, you have the opportunity to gather: Blessed Wizard Oil,  Consecrated Sharpening Stone, Tabard of the Argent Dawn. Simultaneously, you can increase your reputation with Argent Dawn by participating in the event or trading the Runes.

With the WoW Classic Phase 6 Scourge Invasions, you’ll have the chance to acquire: Regalia of Undead Cleansing, Undead Slayer’s Armor, Garb of the Undead Slayer, Battlegear of Undead Slaying. If you have all the set pieces, you’ll optimize surviving capabilities in Naxxramas due to their bonuses against the Undead. In this Raid, approximately 95% of the mobs have that particular characteristic.

What comes Next after the WoW Classic Phase 6?

With this patch, the original “base game” comes to an end. Later on (depending on the Developers’ plans), the story continues with the first expansion, “Burning Crusade.”

Is it indispensable to participate in the Scourge Invasions event?

If you want to reduce any Raid complications, the equipment and buffs become essential to the Raid. Above all, you can have powerful bonuses against Undead enemies.

Where does the Scourge Invasions take place in Azeroth?

At first, between Stormwind and Undercity. Later on, travel to Eastern Plaguelands, Burning Steppes, Blasted Lands, Tanaris, Winterspring, or Azshara.

What are the Requirements to Enter in Naxxramas?

Well, there you have it. WoW Classic reaching phase 6 is a real milestone for the game, and while there might be some uncertainty about what’s going to happen next, we’re still looking forward to seeing what Blizzard have to offer us!

Tell us what you think down in the comments! Do you want to see the WoW Classic progress to the Burning Crusade? Or are you hoping for something else?