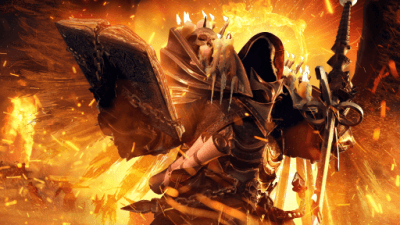 A warlock in World of Warcraft is a damage-dealing spell-caster class known for its range of debuffs and damage-over-time effects. Warlocks also have demonic minions that can deal damage against targeted enemies to provide both offensive and defensive tactical utilities. For this guide, we will be building a Destruction Warlock, which will teach you how to play this build when entering raids and Mythic+ dungeons in WoW Classic WotLK.

A Destruction Warlock can deal many bursts to a single target before cleaving and using an area of effect against multiple targets. This build for a Warlock can ramp up time for any specialization to apply pressure on targets with the strong cleave when using the Havoc ability. Like other Warlocks, the Destruction build can allow the player to use Demonic Gateway, a powerful raid cooldown to instantly transport the entire group up to 40 yards.

Pre-expansion patches usually introduce core changes to the system for the new expansion, such as Patch 10.0. Players can expect new tools from the previous tier set bonuses or legendary effects that will be available after unlocking enough points from the tree. A list of changes for the class and specifications are below:

A leveling guide for a Destruction Warlock includes different Gear, Level Rotation, and Talents. When leveling up, always choose the loot with the highest item level and the stats that favor your specialization.

Playing as a Destruction Warlock is straightforward, directly hitting damage spells with strong yet long-lasting cooldowns and fairly good pet management. The gameplay overall is about generating and spending Soul Shards. Immolate your targets, spend Soul Shards on either Chaos Bolts or Rain of Fire before casting Conflagrate on cooldown, and finally, Incinerate during downtime.

If you are new to this specialization, it’s best to learn the basics by learning the different Spells.

Variables and systems have been increased, so picking gear has become less intuitive and an immediate process. Equipping your character correctly with the right gear is essential; new pieces of gear need to have gems and enchantments, which we will go in-depth with.

They were determining upgrades, using the Raidbots tool to determine which pieces of gear could offer the most potential for your Warlock. The Raidbot toll gives a considerable advantage in showing the variables that differ from each character; information such as Stats and Scale factors are available there.

As you are now geared up and well-equipped, that is only half the journey; the endgame activities require different approaches depending on the specifications. During the Dragonflight Pre-patch, Sanctum of Domination, Sepulcher of the First Ones, and Castle Nathria are featured as Fated Raids. Each encounter has a specific raid mechanic, and the item drops with increased item levels.

Improving as a Destruction Warlock

For this section of the guide, players will learn how to improve at playing the Destruction Warlock build in World of Warcraft while listing the mistakes they need to avoid for efficient gameplay.

Using Rain of Fire is a vast Soul Shard Investment that affects your damage from a burst to Area of Effect. The Area of Effect variant of Rain of Fire provides heavy damage as long as targets stay within the circle for most of the casting duration. It is best to use this ability when there are more than five targets than using Chaos Bolt.

Refresh your Immolate for Internal Combustion, as many players fail to manage their Immolate ability. Keep track of this; using multiple Choas Bolts will eat up the duration. In this situation, it is the best time to refresh Immolate as long as there are 5 seconds or fewer remaining. Remember to cast Cataclysm on cooldown, as it offers almost 50% Immolate uptime.

Pre-patches are the middle ground of each expansion as they aim to improve the different systems. With your given specifications, combining tier sets and legendaries will add more power after applying a new talent system. Most specifications become overpowered for the newly designed content since it is not designed for the current talent system.

Expect that there will be fine-tuning before the subsequent expansion releases. Raids and the new season will be available, which you would need to remember, as the characters’ viability in the long run matters.

Hopefully, this guide can give you an idea of how you can build your Destruction Warlock, always remember, fire is your ally.