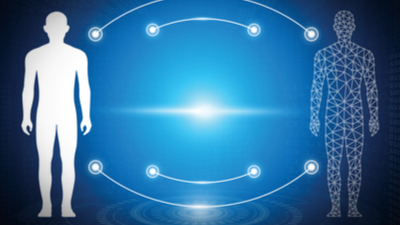 Many things in World of Warcraft have often sparked debates and heated arguments among its fan base. WoW Shadowlands Multiboxing is in that list of things people often argue about. It used to be commonplace in the game, but it looks like things have taken a huge turn for those that practice multiboxing. In November 2020, Blizzard decided to crack down on multiboxing by banning players that employ this method when playing Vanilla WoW.

It’s surprising to see Blizzard taking action just now considering the original World of Warcraft has been around for years. In fact, some players consider multiboxing to be one of the key ways of playing the game! But thanks to the developers who made the ultimatum, this begs the question: Is multiboxing still possible in World of Warcraft?

What Is Multiboxing in WoW?

WoW Shadowlands Multiboxing is a controversial farming method that’s often used by players to gain gold without putting forth too much work into it. To do multiboxing, one must play multiple accounts simultaneously using either one or more computers. Instead of playing just one character, you have the ability to control a few or all of them at the same time. In World of Warcraft, farming gold and other items can take a lot of your time. But with multiboxing, it lets the user gather resources and gold at a much faster pace. Not everyone can use this method, however. The reason being is that you need a powerful machine to do so or two or more computers that you can use. For example, if you launch three or more WoW clients at the same time, your desktop computer will lag or even crash if it can’t handle the heat.

Is Multiboxing Banned in World of Warcraft Shadowlands?

Times have changed. Back then, multiboxing was perfectly fine to do even though it went against World of Warcraft’s Terms of Service. It was allowed in all of the Vanilla WoW servers and wasn’t viewed as cheating. But now, Blizzard has decided to put their foot down. They stated that any player caught or even suspected of doing multiboxing will now be issued a warning.

These warnings can escalate should the player ignore them and result in an account suspension or worse, a permanent ban. So, for those still using third-party software to control more than 40 characters at the same time, it’s time to look for another way to farm gold and items. There have always been cheaters in Vanilla WoW, but Blizzard, for the past few years, has been having a hard time keeping up with them due to the sheer number of people using these methods. It looks like they’ve finally cracked the code as they’re off to a great start in finally doubling down on controversial farming methods such as multiboxing.

When Was Multiboxing Banned?

The announcement of banning users who use multiboxing was made public 19 days before the release of Shadowlands, the newest expansion to the vanilla version of World of Warcraft. Shadowlands has seen a record number of pre-sales, making it the most anticipated expansion that Blizzard has ever made. Making sure to keep things clean just before it’s released, Blizzard already made moves such as the prohibition of multiboxing to ensure an even playing field for everyone.

Is the WoW Shadowlands Multiboxing Ban an End of an Era?

Some say that Blizzard banning multiboxing moving into WoW Shadowlands is like the end of an era. Multiboxing has been used for years now and many players have relied on it to farm resources, but it looks like that time has finally come to a screeching halt. Don’t worry though, as there are still many unconventional methods to grind for items and gold without having to cheat. What are your thoughts about multiboxing? Do you consider it to be cheating or a great farming method in Vanilla WoW? Share your thoughts with us by leaving a comment below!