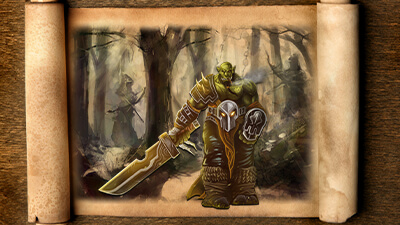 Leading Your Army to Conquer Nazjatar

One of the best gaming mechanics that World of Warcraft has been offering us through the years is, without a doubt, the Raids. When you’re talking about dungeon formats, nothing comes easy. They require a party between 10 to 30 players (depending on the selected Dungeon), where people need to work together in flawless execution. On top of that, all of the mobs (low-level monsters) and the bosses tend to escalate—depending on the quantity of the raid. Most importantly, every boss in the dungeon has the potential to deploy devastating abilities; which can practically deplete a player’s entire health bar in a matter of seconds.

In WoW: The Eternal Palace Raid, the tradition goes on, most notably with its difficulty. Due to its “aquatic” theme, we get to see different guardians trying to protect their Queen. And as they fall one by one to the might of the Alliance/Horde, we get to experience the last epic battle with Queen Azshara herself. To longtime players of the franchise, this is a great payback for all the destruction that she had wreaked upon the previous expansions.

How Can We Start the Raid?

Create a schedule over the WoW Calendar and gather your guildmates for an epic journey. Remember to cover all the essential requirements for your party by picking the right members for the different archetypes like Tanks, Healers, and DPS (Damage per Second). After that, head over to Nazjatar to find the Raid entrance. Over at the northern part of the map, you’ll be able to see a massive Azshara statue where the “Gate of the Queen” is. Use the whirlpool to enter the dungeon. Just as it is with other Raids, you’ll need to fulfill some requirements to enter:

Even though you can skip these by summoning your teammates over the entrance of the dungeon, we still recommend that you enjoy the narrative through the quests and “be prepared” for the challenge with the appropriate item levels.

What Type of Bosses Can You Find in the Raid?

Even though the Word of Warcraft: The Eternal Palace Raid is filled to the brim with challenges and is a tall order to overcome, it never fails to entertain. Every boss comes with a different gaming mechanism that demands your attention and your microphone active all the time. Finally, every drop from all the bosses has the potential to improve your character even further and making him/her ready for the upcoming challenges.