How to get Mythic Weapons to defeat Mythic Storm King 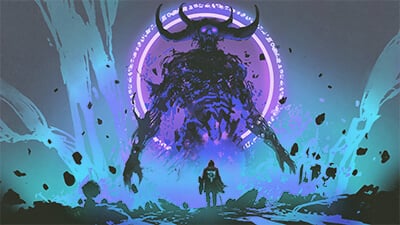 In my two years of playing Fortnite: Save the World, I have never heard players rage so hard and so often until now. Over the several hours that I’ve put into the opening weekend of the Mythic Storm King mission, I’ve heard several working adults furiously quit the game, curse at the screen, and even throw objects (that suspiciously sounded like controllers) in frustration.

Fortnite presented the first of its endgame content this week, and with it introduced the first ever set of Mythic weapons in Save the World. Naturally, they are incredibly rare and difficult to obtain. The only Mythic weapon the Fortnite universe has seen till now has been the Infinity Gauntlet in the Avengers LTM in Season 4 of Battle Royale. Now, we have a full set of Mythic schematics, meaning you can craft the weapon as many times as you want. I haven’t seen so much activity in the game before, and it is evident that everybody wants to get their hands on these Mythic weapons.  It’s a complex and extremely chaotic mission that is quite easy to fail, which is why we have created this detailed Mythic Storm King Guide.

What are the requirements?

To access the Mythic Storm King’s portal, you need to:

I felt that the hardest part of this mission was the unfamiliarity of it. It is unlike the core gameplay, which makes it so that you’re suddenly facing a chaotic hodgepodge mix of the toughest enemies every in a playstyle you don’t know. You’re suddenly taken out of a tower-defense playstyle and put into a small arena with a giant boss you have to kill, while painfully high-level enemies (and more mini-bosses) are spawning around you, meteors are showering down, and the safe zone is threatening to close around you!

PS: Every time you beat the Storm King, you have to do the corresponding Weekly Challenge for the rewards do contain the Mythic cache.

What are the phases?

Shining crystals appear on the Storm King’s body (Left/Right Rib, Left/Right Arm, Chest, Back) that can be damaged. Between these, Mini-boss Smashers also spawn on the ground, immediately triggering the storm circle to close in. Always prioritize killing the Miniboss as fast as you can. Every time you destroy 5 Crystals, the Horn Phase begins. Hence, the sequence is: 5 Crystals – Horn 1 – 5 Crystals – Horn 2 – Final Fight, with Mini-bosses spawning on the floor along with random husks and mist monsters. The water around you can damage you as well, so beware!

Here’s the tricky part: the horns can only be damaged with melee weapons, and during a very short window of time, meaning you have to build up to him quickly during that phase and have everyone attack it with melee weapons. To further complicate things, you only have ten minutes to finish the mission, and you cannot respawn on your own (you can be revived)!

What are the best hero loadouts?

Unfortunately, like most endgame PvE activities, this mission offers very limited choices in the characters you use. Due to the Storm King horns and mini-bosses both being incredibly tanky, it is essential to use high single target damage.

Lynx has the ability to hover and do 140% extra damage for 7 seconds using Kunai storm, and Banshee offers significant Warcry buffs. Aside from your usual meta build, make sure you add Guardian Bull in your Support Squad for the +Hardware Crit Rating for when you melee the horns.

Your goal is to use a synergy of both – Kunai and Warcry – while balancing the timers of each. Warcry has a long cooldown, leaving only enough time to use it thrice per game.

How about the best weapon loadouts?

The weapon meta has turned out to be pretty limited as well.

For crystals: Ol’ Betsy/Spyglass (they’re the same, but the former has a scope I don’t recommend), or Bundlebuss. I recommend using Ol’Betsy or double Bundlebuss, just make sure that you spec your hero build accordingly.

For miniboss: Deatomizer is the best option here as far as regular launchers go, but a double Bundlebuss would do good here as well.

For horns: Surround Pound is your go-to melee for the horns. I’d also like to stress of the use of an Earsplitter to buff your teammates before pounding the horn with the hammer.

Of course, if any of your teammates have Mythic weapons, the launcher is great for ranged damage and both Mythic melee weapons are great for the horns. Crit Builds are your best friend, along with the +Crit Rating for Hardware and +Damage for Launchers being your key Support Squad elements.

Every step of the fight has the potential to fail the entire quest. Calling it a tough mission would be an understatement, considering I myself had to go through hours and hours of attempting this mission before I finally got my first Mythic. I’ll never forget sitting in my living room and yelling out in joy at 11pm with my teammates going bonkers as we finally defeated the Mythic Storm King and I saw my first Mythic weapon cache. The tips mentioned in this Mythic Storm King Guide will definitely help you make the fight easier and save on valuable time and resources. Good luck and keep calm! You’ll get it.