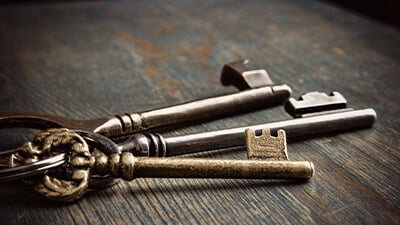 Gear progression in Runescape isn’t as linear as other games within the same genre. Whether one is playing restrictive a build (like a pure), lacking wealth or attacking certain enemies will affect what gear you will use. Having said that, there is still a general progression path for OSRS Gear, and this guide will serve to point you in the right direction. You might also be interested in our RS3 gear progression guide.

If you’re looking for cheap gear, head on over to our OSRS Items page. Or, stock up on some OSRS Gold to buy gear on the Grand Exchange.

What should I know about OSRS Gear?

As you level up, more gear will become available depending on your combat stats and quests unlocked. One unique aspect about RuneScape is that you can get max combat stats using cheap, low-level gear while sacrificing experience rates. You may mix or match pieces of gear at any level if you can’t afford some upgrades, especially from raids or treasure trail drops.

Melee consists of 3-skills: Attack, Strength, and Defense. These skills can be trained in any order, although an emphasis should be put on Strength for end-game efficiency. It can take longer to train all three melee stats compared to range or magic, but it is ideal for end-game content.

Here is a general path on how you should upgrade your melee training gear:

Note: The full obsidian set may be used until Level 99 if training at nightmare zone

Range is a skill that has easier linear progression as accuracy and max hits go up within just one skill. Most high-level equipment will require a minimum defense level, which can be trained with long-range or with melee—which is more efficient. Otherwise, a pure can remain one defense and access most equipment with a few exceptions.

Here is a general path on how you should upgrade your range training gear:

Magic is unique in the sense that the majority of gear affects the only accuracy rather than maximum damage. Because of this, players may hybrid defensive gear and neglect magic bonus with most PvM or PvP setups unless the target enemy has very high defense.

Here is a general path on how you should upgrade your magic training gear:

Void knight equipment is considered to be end-game gear but it is circumstantial. It is used to tribrid between magic, range, and melee depending on which hood you wear. This can also be an economical alternative to high-end gear, especially for ironmen that can’t really get rare drops using low-level gear.

The requirements for Void Knight gear is 42 attack, strength, defense, range, magic, and 22 prayer. There is a hood for each combat style that includes: melee (10% to damage), rage (10% to damage) and magic (45% to accuracy). Upgrading to Elite void gives prayer bonus and an additional 2.5% increase to magic and range damage.

If you are going for max combat, or are aiming to unlock high-level content, this OSRS Gear guide will serve you well while leveling up. It should be noted that training slayer will sometimes require special gear, including the Slayer Helmet (I) when working towards a higher level. Otherwise, these gear setups should be more than apt for PvM or training.