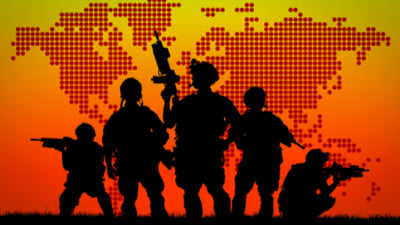 Fortnite: Save the World’s mission levels go up to 160, with 4-player 160 missions being the most difficult ones on the main map. Sure, the Storm King finale is also an important part of the endgame, but the meta for that is very different. Save the World has hundreds of heroes to choose from with a variety of playstyles that you can experiment with, but when it comes to regular 160+ missions in Twine Peaks, only a few can really make valuable contributions to the team. These contributions go beyond doing damage, and cover other utilities such as freezing the tankiest enemies, strengthening your builds, or gathering resources.

Here are the top five endgame heroes in Fortnite: Save the World.

BASE Kyle (or Megabase Kyle)

BASE Kyle is easily the best Constructor in the game. Extra building health is an unparalleled perk, and with the below loadout, you can also heal your builds on their own and return enemy damage back to it sender.

For a Megabase Kyle build, simply switch spots with BASE Kyle. This will give you that extra BASE range without losing on the latter’s building-health benefits. Note that Fully Contained will mess up your AFK builds if you’re using those. In case you’re going for an AFK build, unslot it and replace it with the Ice King for his snare effect.

BASE Kyle is better for most objectives and his BASE range is pretty sufficient even for Category 2 storms. Megabase Kyle is better for Category 4 storms, unless your have multiple BASE Kyles – which is not recommended. Some people like the material regeneration from the BASE, but it is unnecessary and grants an insignificant number of resources per minute.

When it comes to Outlanders, TEDDY builds unfortunately don’t do well in 160+ missions. Even with low cooldowns, Outlander abilities just don’t make the cut. But don’t worry, two out of five of our heroes are Outlanders.

Subzero Zenith makes it on this list because of his incredible ability to freeze enemies with sniper crit hits. Pair him with a Crankshot, and you can basically freeze any mist monster – even a charging Smasher – at will. This is an extremely valuable addition to any team, given how traps were nerfed. Wall and floor launchers no longer work on Smashers, meaning the only way to stall them is by using stall traps or with Zenith. Moreover, Zenith’s freeze also applies Water affliction onto the frozen enemy, doing damage over time.

The Crankshot is the best sniper to use with Zenith due to its fire rate, and benefits largely from a high Crit build.

Anti-cuddle Sarah is a trap tunnel of her own. Paired with an Earsplitter, there’s not much that can knock her down. Sarah’s perk allows her to gain energy for each enemy killed. That, combined with Pointy Fury’s heavy attack efficiency buff and the Earsplitter, makes for the perfect crowd control tactic. You can be surrounded by enemies and you can spam the heavy attack, dealing a large amount of damage while also making the husks dance. Note that the dance effect does not work on Mist Monsters or mini-bosses. Doing this also regenerates your health, and you’re pretty much immortal most of the time, except when you run out of energy or are trapped near a beehive.

Team Perk: Blast from the Past

Assault Rifles are hands down the best endgame weapons, given the sheer amount of damage you can deal from a distance. There is no best build for this hero. It all depends on what type of Assault Rifle you use. The most commonly used AR is the Storm King’s Scourge, and that doesn’t have a reload mechanism.

Compared to that, First Shot Rio has a crit buff for reloads, and the Bundlebuss (one of the best ARs) benefits heavily from that. Some support slots are common for all builds – such as Mad Tidings – and there are limited options. Some players also prefer to go the Wafer route. Either way, Assault Rifles are great for single target DPS, to take out the Mist Monsters from a distance without risking your health.

Here’s our other Outlander that is great for endgame missions. Archaeolo-Jess is an all-out farming hero, and while it is infamous for people using missions to farm without participating in the objective, Jess is fantastic for spamming traps. Sometimes it can also be necessary to make your participation in the mission obvious by communicating, or activating buffs for the entire team. She may not work in missions such as Retrieve the Data where you work in a limited area, but for other mission types, she’s great for gathering building material or resources quickly.

Team Perk: Blast from the Past

Make sure you reap the benefits of her perk that reveal nearby chests to you after you pickaxe multiple times without switching to a weapon. Weapons from chests offer some good loot if you recycle them.

Endnote: Best Endgame Heroes in Save the World

Bringing the right hero to a high-level mission is pretty important. A lot of people leave after seeing sub-par heroes up in Twine, as they simply aren’t able to contribute enough to the mission. Encampments, Rescue the Survivors, and Repair the Shelter are exceptions as they rely on spamming weapons or moving around quickly. We recommend having all of the above builds ready in your loadout slots, and picking the one that no one on your team is using.