Genshin Impact: How Gorou Got His Vision 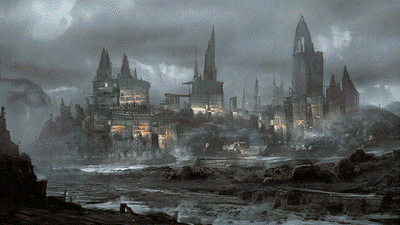 Gorou once thought that being a leader meant that his leadership was the cause of every success and failure in Genshin Impact. By this principle, he practiced day and night to get stronger so he wouldn’t fail anymore. Then he observed in the field that strong warriors were isolated and captured. Then he saw a group of weaker soldiers successfully rout the enemy through unity and group tactics.

This is how he learned that the path to victory lies not in one soldier but through teamwork and unity. Since then, he has pursued connections with others and helped everyone improve. This action may have opened the door for him to receive his Vision.

Contracts connect people together through an exchange. Oaths are one version of it, and soldiers do promise to do their best to defend or fight for their cause. While there was no direct documentation or verbal confirmation of this, Gorou deciding to connect with his men could’ve been a form of a contract. By helping his men, they can help him and each other on the battlefield.

By ascribing to this aspect of the Geo Archon, Celestia blessed him with a Geo Vision. It’s somewhat different for the other Geo users, three of which sought knowledge. One is the Archon, and the last muddles the data (Itto has oni blood, which may have different criteria as with the adepti).

That’s all for Gorou, the Canine Warrior General of Watatsumi Island. Continue enjoying Genshin Impact and its cast of colorful characters!