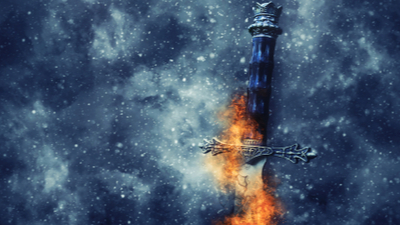 As we close in on the League of Legends 2021 preseason, we will be seeing a number of adjustments being made to the game. These alterations focus on everything from the item system, to new League of Legends items and plenty more. Therefore, let’s take a look at what the League preseason changes are that will be arriving in time for season 11.

In this article, we will be showcasing the following regarding the season 11 preseason:

So let’s get started with the item changes being made in the new patch.

Given that there is a new preseason, it would be easy for us to expect some changes being made to LoL. The latest patch sees these changes focusing on not only champions, but to the game’s items and monsters too. The most prominent change focuses on items it could be argued, with Riot looking to shake things up for preseason.

Jungle items are changing and they way in which they are used. For example, players were able to use four different items for their smite, which is being taken out for the 2021 season. These have been removed to make way for junglers to build their own normal items as other roles would. There are a couple of exceptions that can still be bought at level 1 in the form of the Emberknife and Hailblade.

These two items are useful for the early game, and will be consumed after five uses in which your smite will be transformed into either Challenging or Chilling. The latter comes from the Hailblade, which can be cast on other champions to not only deal from 20-156 true damage, but also applies 20% slow to them. It makes for a great first purchase if you are a jungler, costing 350 gold. It applies a burn and omnivamp to monsters, as well as XP bonuses for when you kill large monsters.

If you are looking focus more on dealing out damage, then the Emberknife is a great choice. This will turn your smite into a Challenging smite, and is capable of marking an enemy champion for a period of four seconds in which it can deal out anywhere from 48-125 bonus true damage over the course of 2.5 seconds. This includes a damage intake reduction for the user of 20%, too.

New Mythic and Epic Items in League of Legends

Riot is also introducing 23 Mythic items in League of Legends, which they describe as the “cornerstone of your builds, with big effects that define your playstyle from game to game.” The intention of the new Mythic items is for them to be very powerful, and will give unique stats to other items in the game. Marksmen will receive the Galeforce, Kraken Slayer, and the Immortal Shieldbow. Tanks will get the Sunfire Aegis, Berserker Suit, and Frostfire Gauntlet, whilst AD Assassin’s get the Eclipse, Prowler’s Claw and Duskblade of Draktharr. Then we see AP receiving Liandry’s Anguish, Luden’s Tempest, Axamuk’s Folly, Night Harvester, Everfrost, and Hextech Rocketbelt. The AD Fighter gets Trinity Force, Goredrinker, Stridebreaker, and Diving Devourer. Meanwhile, the Enchanter has Shurely’s Battlesong, Moonstow Renewer, and the Locket of the Iron Solari.

There will be an influx of other new items too. There will be 13 new items in total, as well as 28 being reworked by Riot. New Epic items are coming as well, including the Moonquiver, the Rageknife, the Blighting Jewel, and the Leeching Leer.

Riot has also been working hard on the item shop, with a complete overhaul of the Recommended Page being made on the new store to showcase player’s item choices from a full tree. Players should now receive a more efficient recommendation system.

New icons are also being added to the shop, and the Mythic items’ icons will be animated. Other features being introduced a Recommended Items tab for you to navigate to, as well as an All Items tab. Popular items, item icons, popular items, and a quick access sidebar are also coming with the latest update. That’s not all, as we will now be able to see Item Sets and Stat Filters, plus enhanced tooltips and icon updates.

There are a few champions that have been subjected to nerfs in this patch, starting with Amumu who has had their HP per level decreased from 84 to 80, with their base armour also being pushed down from 33 to 30. Meanwhile, Brand’s cooldown has been increased from a 6-10 seconds to 8-12 seconds.

Caitlyn has also been subjected to a nerf, with her crit chance bonus damage with headshots going down by 25%. As for the Mana Pool changes, there has been a nerf made to Warwick, who’s MP5 has been reduced from 7.466 to 7.465.

Needless to say, the new update for the League preseason changes brings a plethora of new features to the game. With LoL new items and changes aplenty, there is a lot for us to be looking forward to going into 2021. Whether its seeing the impact of the new Mythic items, changes being made to alter the way in which champions play, or you just want to see how the long-running title has evolved in general, then patch 10.23 is more than set to showcase what Riot Games has instore for its fans as the year comes to a close.