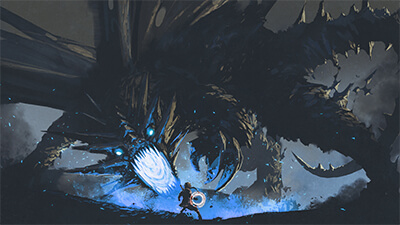 Each year, November has marked the end of the League of Legends ranked season. This year is no different as season 9 concluded on November 19th. Before the season begins anew, Riot Games is set to test new changes to keep the game fresh and exciting. The League of Legends season 10 pre-season changes are quite notable and introduce new strategic elements that are poised to change professional games in meaningful ways. With so much to keep track of, knowing exactly what is changing is important before you determine how to climb the ranked ladder in 2020.

What are the pre-season changes?

Every year, Riot seemingly is determined to change the jungle the most. This steadfast determination remains in place for season 10. The most glaring change is the introduction of terrain changes based entirely on drakes, placing a strong emphasis on killing them. Similar to before, each of the first three drake spawns is random. However, after the second drake dies, the map will change based on the element of the third drake. After the third drake spawns, all future elemental drakes will be of the same element.

Keeping in line with the thematic concept of burning and destruction, the Infernal Drake will destroy terrain, namely widening the drake pit and the brush near both the blue and red buffs. Mountain Drake spawns new terrain, with small walls appearing in the jungle and a wall also appearing in front of the drake. With Ocean Drake, brush grows larger and puddles appear. Additional honeyfruit will also spawn.  Ocean Drake gives a relaxing ambiance to Summoner’s Rift. Last is Cloud Drake, widely regarded as the least useful drake. Cloud Drake provides speed boosts to champions near blue and red buffs and the dragon pit itself.

Are there any noticeable changes to drakes outside of the terrain changes?

Outside of the new terrain elements, the buffs the drakes provide to both teams have been altered.  While Infernal Drake still provides additional attack damage and ability power, the percentage amount has been nerfed, which will be interesting as new players often placed too much emphasis on this type. In professional games, it was often believed that Mountain Drake was the most valuable as it gave bonus damage to both epic monsters and turrets. Season 9 games were often decided by a single Baron kill so having the Mountain Drakes put a lot of pressure on the team without them to keep up vision control.  Now, the additional damage has been removed entirely and Mountain Drake grants additional armor and magic resistance.

Ocean Drake was valuable to an extent in season 9 because it granted not only health regen, but mana regen as well. For team compositions that relied heavily on mages, this drake proved immensely valuable as it allowed mana-heavy champions to stay in lane longer without having to recall. However, the decision was made to have this drake affect teams more equally so the mana regen was removed and the health regen was subsequently increased.

The Cloud Drake change is the most interesting of all because it has changed from something that was not valued at all to something that could prove to be quite the advantage for team fight heavy compositions, think champions like Galio and Kennen. Giving new buffs to the drakes gives the game a fresh feel, which is a significant factor contributing to the longevity of the title.

Are there any new mechanics regarding the drakes?

On top of the terrain and buff changes, a new mechanic has also been added known as Dragon Souls. The first team to kill four drakes now receives a reward known as a dragon soul. The reward is tied to the last drake that was killed prior to obtaining it. The Infernal Soul grants an explosion effect to attacks and abilities, the Mountain Soul gives a shield, the Ocean Soul both heals you when damaging enemy champions and restores mana, and the Cloud Soul grants movement speed, keeping the old cloud drake buff in the game in some capacity. What also needs to be noted is the fact that the first three drakes are always three different elements and unlike before, the same element cannot appear twice amongst the first three. Furthermore, the health of the first two drakes has been dropped to incentivize teams to kill them quickly in a race to get to the Dragon Soul as quickly as possible.

Elder Dragon, Rift Herald, and Baron have also changed. It is possible for Elder Dragon to appear before 30 minutes or never at all as it only appears once one team has killed four drakes. The old effects of Elder have all been removed and replaced with an execute mechanic. Enemies can be killed by Elder Immolation when damaged below 20% health. In regards to Rift Herald, it now spawns at the six-minute mark and can be killed twice. To compensate, it has less health, a smaller pick-up window, and only takes one second to channel instead of four. As for Baron, it only has a duration of three minutes in order to put less importance on this singular objective. The LoL season 10 pre-season changes are affecting neutral objectives in meaningful ways.

How have items been changed?

There has been a lengthy overhaul of items. One class of items that have been revamped is lethality items, changes made to give assassins more urgency again. Duskblade has been given more damage to compensate for losing its Blackout passive. Edge of Night has been given a Banshee’s Veil passive to make it more effective against both magic damage and crowd control. The biggest addition is Sanguine Blade, an item designed specifically for split pushers. It gives additional attack speed when either alone or isolated in a one-versus-one situation.  Support items have also been changed, now providing attack damage options in order to open up the number of champions who can be played in the support position. Overall the support items have been changed in order to focus on gold generation above all else.

The new focus on drakes completely changes the way the jungle operates and the way in which a team functions. Teams in season 9 were very focused on the solo lanes, with teams focusing on the bot lane often falling behind. It will be interesting to see how professional teams adapt to Riot’s increased emphasis on the bottom side of the map. Furthermore, the terrain changes are an interesting new direction for the game to take and make it truly seem like every game is different.  Riot has tampered with lethality and assassins before and has failed so only time will tell if the item changes finally bring assassins back to competitive play. These LoL season 10 pre-season changes will undergo revision over the course of the pre-season but they make for an exciting prospect as the new season inches closer.