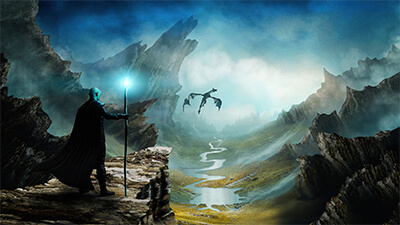 Several LoL related events occur over the course of any given year; however, there’s no denying that October is the most exciting time in the League of Legends calendar. Every year, October ushers in the beginning of the League of Legends World Championship. Teams from various regions come together to compete for the Summoner’s Cup and be crowned the best team in the world. The event lasts for the entire duration of the month and with so many games packed into such a short timeframe, fans would be remiss if they didn’t tune in and witness the unfolding of some of the best games of the year.

What is LoL Worlds?

LoL Worlds is the premier event for League of Legends fans. While there are other events such as the Mid-Season Invitational and Rift Rivals, the World Championship is the biggest event of the year, with the largest number of teams competing. It typically begins at the start of October and runs throughout the entire month, just before the ranked season ends. The purpose of the event is to determine the best team in League of Legends and crown a winner of the Summoner’s Cup.

Interestingly enough, the hosting region of the event changes every year, with certain major regions sharing the hosting responsibility, those being North America, Europe, China, and South Korea. LoL Worlds 2019 is being hosted by Europe with games being first held in Berlin, Germany and later in Madrid, Spain before finally concluding in Paris, France. Fans flock to the venue from across the world to see their favorite teams compete, with the majority of attendees usually hailing from the host region. It is for this reason that throngs of fans are supporting G2 Esports, Fnatic, and Splyce at this year’s LoL Worlds, as those are the 2019 European representatives.

What is the format for LoL Worlds?

Furthermore, the play-in stage is taken less seriously by Riot Games itself as lesser-known casters are used to broadcast the games, generally speaking, and less fanfare is used to celebrate the play-in stage. For example, every year LoL Worlds is marked by a song release to coincide with the beginning of the tournament, but this year’s song titled, “Phoenix,” was not released until after the play-in stage was finished, which is an indication that Riot Games recognizes that the importance of the play-in stage pales in comparison to the group stage.

How many games are played during the group stage?

The group stage participants play a total of six games each with the sixteen teams being divided into four groups: A, B, C, and D. The groups are randomly decided by a lottery-style drawing a few weeks prior to the start of the play-in stage. When drawing the teams for the groups, no group can contain teams from the same region. For the main regions, there are three representatives that enter the tournament, including the play-in stage. The third seed from each major region will take part in the play-in stage, with the exception of one region. The region that performs the best during recent international events will automatically qualify its third-seeded team into the group stage.

The group stage takes place over the course of eight days. During the first four days, games feature teams from each group. Each team will play three games during this time. During the last four days, the four teams in a given group will play all remaining games on one day meaning every team from a group will play its three remaining games, with the top two advancing to the quarterfinal. At the conclusion of the group stage, another drawing will take place to determine the quarterfinal matches with the first place teams from each group matching against a random second place team. Teams from the same group are not allowed to play each other until the championship final. For this reason, the drawing establishes a bracket system that is used for both the quarterfinal and semifinal matches.

What regions are represented over the course of both the play-in and group stage?

As mentioned previously, twelve teams participate during the play-in stage. Due to China’s success during the Mid-Season Invitational and World Championship events last year, all three of China’s teams automatically qualified for the group stage in 2019. The regions represented in the play-in stage included North America, Latin America, Brazil, Europe, Russia, Turkey, Taiwan/Hong Kong/Macao, Vietnam, Southeast Asia, South Korea, Japan, and Oceania. The teams that successfully made it out of the play-in stage include Clutch Gaming (North America), Splyce (Europe), Damwon Gaming (South Korea), and Hong Kong Attitude (Taiwan/Hong Kong/Macao). Being the third-seeded teams from their respective regions, each team is generally considered weaker than the other teams in their region. However, while most fans agree Damwon Gaming is not as strong as SKT T1 or Griffin, some consider them a dark horse candidate to win the entire tournament. As a result, they are regarded as the best team to emerge from the play-in stage.

October is an exciting time for League of Legends fans all over the world. As a global competition, LoL Worlds ups the stakes and in being a month-long event, there are many different storylines to follow. The format involves different stages with many teams involved and in the end, only one team emerges victoriously. At the tournament, there are several regions represented and this year is especially exciting given the overall quality of both the Eastern and Western teams. As LoL Worlds carries on, be on the lookout for intense games as the meta continues to evolve and the players continue to adapt. Forget Oktoberfest! Here’s OctoberLoL!