10 Things You Should Know About League of Legends 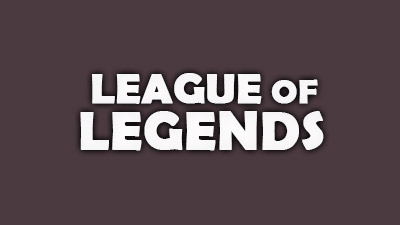 League of Legends is one of the biggest MOBA (Multi-player Online Battle Arena) games around. No real surprise – it is amazing!

Super interesting article out there from the cool people at Escapist Magazine: that 89% of all MOBA players play League of Legends. Yeah you read it correct…89%!

We thought we’d give any newbies out there a little recap on the good, the bad and the ugly, that is League of Legends!  So here are ten things you need to know about:

A mystical land disputes are settled in ‘fields of justice‘

Summoners call forth a champion; the champions leads mindless minions(novice summoners) to battle their opponents and crush the opposition nexus. Champions have a unique set of skills. Different champions have different role from attack defence and skills.

Teamplay is key to League of Legends so you need to know your role. You are only as strong as your weakest member (just ask Man Utd fans!) and everyone, and we mean everyone, has a role to play.

Influence Points: Is awarded to a summoner after the game. Kinda limited as it is maxed out at 30.
Experience points: The received Experience points are calculated at the end of each game; wins are worth more than losses and the longer the game lasts, the more XP you gain.

Every second that you are not getting gold and experience, you lower your chances of winning

Controlling the map is an important aspect of LOL; have control of the map and the tactical advantage of seeing your enemies are could be the difference between winning and losing. Champions with cross map capabilities are

Knowing where the players are is one thing; knowing where your traps are is another. Never, never underestimate the map.

You win by destroying the enemies’ Nexus, so everything else is secondary to that.

This is only a short list. If any game out there needs your attention and focus it is LOL. This is gaming with a difference. This is gaming with brains. The real guys duke it out in competitions for a lot of money. And check out the meta game; this is what the pros do and their skills, their strategy eventually filters down the way to use regular users, either way, strap yourselves in…League of legends is a game apart.

Check out the current offers for League of Legends on the PlayerAuctions marketplace.