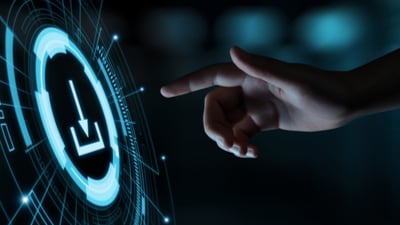 The Nintendo Switch is full of great titles to play that have been loved by gamers for many years now. While the usual Legend of Zelda and Mario titles are the choices that people make when deciding on what to play on the console, it can leave a hole in their wallets. Almost all of Nintendo’s first-party titles retail for $60 which is a huge pill to swallow for some, but luckily there are some free Nintendo Switch games that players can easily download on Nintendo’s e-shop.

Now, f2p games have always had this negative reputation for gamers since they’re mostly shovelware and use pay-to-win situations such as loot boxes that can give their characters buffs to easily overcome the difficulty curve. There are too many games these days that use this tactic to exploit their players; however, the Nintendo Switch free games on this list will be none of that. Gamers can expect to play all of the games here without having to cough up even a single cent (unless they’re addicted to getting skins and cosmetic items)–no Nintendo online subscription required either!

Apex Legends is the latest addition to the library of Nintendo Switch free games on this list. Gamers are probably tired of the tons of battle royale games that have been coming out over the recent years, but Apex Legends provides good fun for its players without shoving microtransactions down their throats. While players can and have the option to spend money on Apex Packs, it’s not necessary since they can only get cosmetics there. Gamers will have everything they need to start and continuously play Apex Legends. Much like in other battle royale games,

Apex Legends also has a battle pass that players can purchase to unlock more skins and currency that can be used to purchase banners, weapon skins, and more. Respawn has done a great job on the game so far and with their game on the Nintendo Switch, people can play either through a handheld or docked mode.

What’s perhaps the neatest thing about Apex Legends is that it has crossplay. This means that players can play with their friends on other platforms such as PC and PS4. They can also choose to toggle off the crossplay feature if they want to be pitted only against other fellow Nintendo Switch players. A small price to pay for being able to play just a graphic intensive game at a hybrid console that’s able to be played handheld and on the TV is that Apex Legends is locked at 30 FPS. It’s a huge step back compared to the PS4 where the game runs at a solid 60 FPS, but Nintendo has always been late with the upkeep in terms of improving their hardware. Altogether, Apex Legends is a solid free-to-play battle royale game worth at least trying.

Not everything free-to-play game has to be competitive! Warframe isn’t just one of the best free-to-play games on the Nintendo Switch, but across all other platforms as well. Hailed for giving out a quality that’s similar to some triple-A game titles that gamers might get from first-party consoles, Warframe doesn’t skimp out on the content.

The best part is, everything in the game can be acquired! So long as players put a bit of work and grind, they’ll be able to unlock every item and blueprint in the game. There are 30 Warframes that players can take control of, with some of them becoming unlockable by progressing through the game. Players can take on dozens upon dozens of missions either alone or together with three other people. Free-to-play games are usually known to be PvP online games, but in the case of Warframe, gamers have the option to do everything alone or with a few pals versus AI enemies.

Dauntless is another online game that takes advantage of the crossplay feature while at the same time provides new content regularly. Having a very similar vibe to that of Monster Hunter, players get to play as a Slayer where they can head out to certain terrains and hunt down beasts known as Behemoths. Upon slaying these Behemoths, players can use the materials that they’ve acquired from them to craft new weapons and equipment. There are a plethora of different weapons that players can try out and the upgrade system isn’t as complicated as it first looks. Overall, Dauntless is an impressive game that just keeps on giving and improving as time goes by. Gamers will have no problem in becoming successful Slayers thanks to the game having a not-so steep difficulty curve that anyone can get by.

Gamers often look at free-to-play games far from remarkable, but that assumption is far from reality. There’s still great fun to be had especially the free Nintendo Switch games that are on this list. It goes to show that gamers don’t need to open up their wallets just to get the most out of a free game–what matters is that they’re able to differentiate the good eggs between the bad eggs. Without a doubt, there will be more free-to-play games that will come to the Nintendo Switch because of the huge success it gets on the console

Though these games are free, there are people who actually buy Apex Legends accounts, Warframe accounts, and Dauntless accounts from online sellers. These gamers do this in order to get a head-start on others in the game, or to get limited edition skins that aren’t in circulation anymore.