What Games Steam Deck Can and Can’t Run? 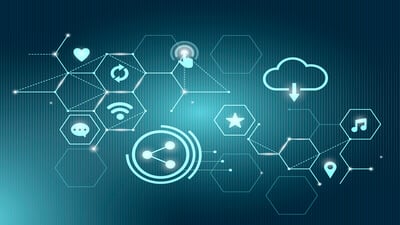 The focal point of the Steam Deck is that it’s a handheld gaming PC based on Linux where people can play their games from their Steam library. Arguably, the best feature that the Steam Deck has is its portability. The Steam library is undeniably one of the largest gaming libraries in the world so far, and to have it all at the palm of one’s hand while taking a dump shows just how much of a technological marvel it is. Taking cues from the design of the Nintendo Switch, the handheld device is expected to play just about every game available in the software client on the go. However, as drops of information start to trickle down, there’s news about some popular games not being able to work on the machine. So, just what are the games on the Steam Deck that can and can’t be played?

Steam has the largest collection of major and minor games. Imagine having access to a library that’s seemingly as large as the Library of Alexandria where folks can just pluck a game out of a digital shelf to purchase and download on Valve’s Steam Deck. Here are some of the best playable games on Steam Deck that are sure to pique one’s interest:

Out of all the games on Steam, one wouldn’t immediately think of downloading RuneScape after getting their hands on the Steam Deck for the first time. Unless a person doesn’t have a decent mobile game that utilizes touch controls, then their next best bet is the handheld. The Steam Deck is a portable PC where people have the choice to either modify it or use the base SteamOS client. It’s possible to run RuneScape using Proton that players can easily download. Should they have a bit of trouble when it comes to launching the game or FPS drops, it’s worth noting that RuneScape has a Linux version as well which is a great alternative. Thanks to the Steam Deck having a touchscreen and trackpads under the joysticks, RuneScape players can enjoy the best of both worlds when playing the game.

The sprawling combat and adventure that players get to experience in a massive world is all part of the charm of Valheim. But at the same time, they’ll always have the option to cozy up with some relaxation vibes around their Viking base. Valheim is currently one of the most popular online open-world games, so it’s a treat to know that it’ll be available to play on the Steam Deck without having to install a new OS.

It may be too good to be true at first, but believe us when we say that World of Warcraft can work on the Steam Deck. What gamers need to remember is that the Steam Deck is a portable PC that features a new version of SteamOS. This essentially means that players have the option to install Windows on it along with other game download services such as Blizzard’s Battle.net desktop application. Thus, it’s safe to say that running World of Warcraft should work like a charm, especially since it’s not necessarily a graphics-intensive MMO in the first place.

Unfortunately, a couple of games on the Steam library aren’t playable for the Steam Deck as of now. With Valve still working behind the scenes to find a loophole surrounding the intricacies of making the non-playable games run smoothly on the Steam Deck, they were at least able to make a statement as to why those games can’t be played. The answer lies within the anti-cheat software found in those games. Since the Steam Deck has a Linux-based client, anti-cheat software won’t be able to work properly. This means that while on a technical standpoint it’s possible to open the games, people won’t be able to log in to the servers to play online.

Here are some of the games that we know can’t be played on Steam Deck:

It’s a shame that we won’t be able to play these games in the meantime, but Valve is at least aware of the issue and is currently active in working together with BattlEye and Easy Anti-Cheat to get full Proton Support before the launch of the Steam Deck which is scheduled later this year.

While all of the games in the entire world won’t necessarily run on a Steam Deck out of the box, the worth of the Steam library will be enough to appease the gamers at least for a while before Valve straightens things out with the anti-cheat software issue. The handheld PC gaming system has garnered much attention and excitement from gamers ever since it was first revealed. With Valve looking to support the Steam Deck for what looks like years to come, players can expect updates and additional compatibility with games that used to be non-playable in the future.