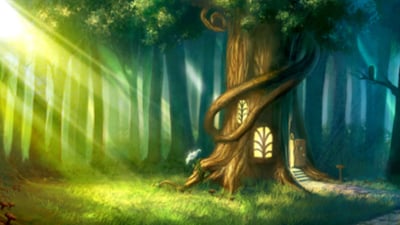 The Grand Tree OSRS quest is one that takes players on a journey to help save the gnome population of the game by uncovering why the tree is dying. You will be tasked with helping King Shareen in finding the cause to help aid the tree gnomes.

In this quest guide, we will be outlining the following:

To complete the quest, you will firstly need to be at level 25 Agility. You are going to come across a level 172 Black Demon at some point too, so you will need to be able to overcome then. From an item perspective, you are going to need 1,000 coins if you haven’t helped Femi at any point or finished Tree Gnome Village with plans to use the spirit trees.

You will also want to take Stamina Potions, plus items that will help you go from Hazelmere and to return to the Tree Gnome Stronghold. You can use the Nightmare Zone minigame teleport to get to Hazelmere if needed.

First off, go to the Grand Tree where you can speak to King Narnode Shareen on the ground floor. You will be taken underground where you will be tasked with helping to revive the dying tree. You will be given a translation book and a bark sample, so take these to Hazelmere on the small island that’s to the east of Yanille.

On your way to his house, you will notice that there are some jungle spiders at level 44. You don’t need to worry about them being poisonous, however. There are a few ways of reaching Hazelmere, which ranges from using the Watchtower Teleport, to using the ring of dueling teleport to Castle Wars then going east. You could also take a charter ship and make your way over to Port Khazard then head south.

Once you have reached Hazelmere, try speaking with him, though you won’t be able to understand each other. Using sign language, you can communicate with him, and he will take your bark sample, before giving you a message after looking over it. The message can then be translated with your translation book, which reads “A man came to me with the King’s seal. I gave the man Daconia rocks. And Daconia rocks will kill the tree!”

Go back to King Narnode within the Grand Tree to give him the message. You will then be asked what the translation is in three lines, so pick the relevant options. You will have to use the “None of the above” option if the correct option doesn’t arise. The king will mention that someone has managed to use his seal which saw Hazelmere giving away the Daconia rocks, which could kill the tree. You will be told to speak to Glough to the south of the tree in a tree house, who vows to take care of the issue.

You will now need to head back to King Narnode Shareen. Here you will be told that Glough has managed to imprison a human found carrying the Daconia rocks, so ask to see the prisoner. Speaking to the king again will inform you that the prisoner can be found on the Grand Tree’s top floor.

The prisoner, known as Charlie, will inform you that the Daconia rocks were given to him by Hazelmere as Glough had asked him to do so. Charlie even prompts you to search Glough’s house to find evidence, so head there and search the cupboard to find his journal.

Speak to Glough who will have ordered guards to come to you. You will then be thrown in a cell that is next to Charlie, so speak to him to learn about the Ship Yard on Karamja. He will give you the password for access to it, which will be Ka-Lu-Min. The king will then appear and will say sorry for your imprisonment at the hands of Glough. He advises you escape quickly using the Gnome glider found on the Grand Tree’s top floor near the cells. You can then fly to the Ship Yard by speaking to the pilot.

The glider will then smash to the west of the Ship Yard, so go back east and skip past the level 53 jogres. At the Ship Yard, you will be stopped by  a worker if you try to open the gate. Let him know that you have been sent there by Glough, and that you have the password you were given earlier. You will then be let in, so head in and go to the southern docks to speak to the foreman.

Tell the foreman that Glough sent you or kill him. You will be taken to his quarters if you do tell him Glough sent you, and you will need to prove that’s the reason why you are there by answering questions. Tell him that Glough’s wife is no longer with us, and that his favourite dish is Worm holes. Tell him that his new girlfriend’s name is Anita then you will receive a lumber order which will unveil Glough as using the tree to get lumber together for battleships. You will then find that there is a charter ship near where the foreman is, which you can use to get to Port Khazard to take the order to the king. You will need 720 coins to do this.

The main entrance to get into the stronghold is blocked, but there are ways around it. You can use the Spirit tree in the village if you have the Tree Gnome Village quest completed. Alternatively, you can go to the Tree Gnome Stronghold gate and speak to Femi to have her sneak you in. You will need 1,000 coins if you haven’t helped her out before.

After returning to the king with the foreman’s note, you will be accused of being paranoid as Glough is, and be told to leave for you own good. After that, go to the top of the Grand Tree and speak with Charlie again, who suggest you speak to Glough’s girlfriend, Anita. She can be found by the swamp to the north-west of the Grand Tree. In the house to the northwest, head up the stairs to get the key from her to be returned to Glough.

With the key, go back to Glough’s house to use the key on the chest. You will find his notes that outline his plans to seize Gielinor. Select ‘continue’ so you get the notes and take them to the king. Despite the mounting evidence, he still won’t believe you and will tell you that all they found in Glough’s house was twigs spelling out the word TUZO. With the translation book, you can see that it translates to OPEN.

Once you get the twigs, go back to Glough’s house and head up the watchtower. The tree can be found to the east of the first floor, and you will need level 25 Agility to climb it. In the watchtower, you will come across a stone stand with four pillars. Use the twigs on it to spell TUZO to make gears start turning. This will open a trap door for you to go down into.

Glough will follow you in once you enter, telling you of his plans to do away with all humans entirely. You will then be greeted by a level 172 Black Demon. You can fight the demon by taking a melee approach, or you can find a safespot and attack from range.

If you do choose the latter method, then you can head to a safespot where Glough is and use Magic or Ranged from there. If he is able to still hit you, then take cover behind the rocks nearby to he can’t attack you any longer. Whichever method you choose, you will need to finish the fight within 8-9 minutes, otherwise the demon will disappear then you will have to start over.

After the demon is slain, go along the passage until you reach a ladder with King Shareen standing by it. Speak to him and tell him that Glough sent a demon after you, and he will still not believe you. He will however send a scout after Glough, who returns with Glough who was hiding amongst the stones. The king will offer his apologies, before asking you to locate the final Daconia rock, which can be found in the roots in the area.

You will eventually hit some dialogue so you know that you have found the stone. Click on ‘continue’ to get the stone then speak to the king one final time to get your reward.