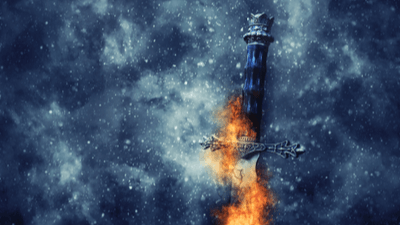 Welcome to a Necromancer Volatile Dead (VD) / Detonate Dead (DD) Spellslinger build guide, an SSF/Trade Hardcore AND Softcore friendly build with smooth progression from level 1 all the way into the endgame. Without any delay, let’s get into the pros and cons of this build to give you an idea of if it is right for you in Path of Exile this league!

Gem Links (in order of importance)

Body armour: Life/Resists on an armor base and a hunter base increased offering effect roll as soon as you can to help cap your block.

Helmet: Life/Resists helmet early until you can get a Formless Inferno preferably with a Spellslinger CDR enchant for BIG armor gains.

Gloves: Life/Resists with a Dexterity mod.

Amulet: Life/Resists on a Citrine base with crafted flat – mana cost to skills.

Rings: Life/Resists on a Vermillion base with crafted flat – mana cost to skills.

Jewels: Replica Conqueror’s Efficiency and The Red Dream unique jewels. We want to look for %increased maximum life and fire damage/minion damage on any remaining jewel slots we have.

We utilize barrage support in order to smooth out the consistency of our Spellslinger triggers and ensure every attack casts all 3 of our spells (Desecrate then Volatile Dead and Detonate Dead) in its proper order. Without this support gem you will have gaps in your spell triggers and will be subjected to a very clunky gameplay experience

Why don’t we use spell damage modifiers?

Detonate Dead and Volatile Dead are unique spells, in that they have 2 separate damaging hits when you cast them, the first hit is the actual spell which you can see the damage of listed on the gem. The second hit being the damage from exploding the corpses of your desecrate you casted. Both spells do 3% and 6% corpse hp life damage as fire damage respectively and are NOT affected by spell damage modifiers on items or the skill tree.

So how do we scale our damage then?

We scale off other types of damage modifiers such as %fire damage, generic %damage and %elemental damage. These modifiers affect both the SPELL portion of the hit as well as the corpse explosion portion.

Why do we use spectres?

In many maps or bosses in path of exile, the monster HP of an average mob will not scale very high and will therefore limit our damage potential from the Corpse Explosion portion of our main skills. The solution to this is to introduce high HP spectres into the areas. Desecrate monster pool by raising them from other areas and bring them into every area with us so that we can have a chance of spawning those high HP spectres to deal significantly more damage than the we would simply using the base areas monster pool.

What spectres do we use then?

There is a variety of solid spectres to choose from, some easier to acquire than others so keep that in mind. Here is an updated community made guide that has all the spectre specific information you need.

Specifics of the progression of the skills/ gem setups can be found in this PoB made specifically for leveling this build.

For our ascendancy we want to take Plague Bearer/Corpse Pact as your first two ascendancy points and allocate Mistress of Sacrifice last.

If you’re in softcore you can opt to take Essence Glutton in your first three labs for better mana sustain at the expense of the defense from Bone Offering from Mistress of Sacrifice but expect to take a lot more damage and die far more often if you do.

We use a standard spell caster leveling setup until we complete our merciless lab and can effectively transition into using our VD while farming up our remaining gear pieces to fully swap into Spellslinging our skills in early maps.

This build can do most content in the game with optimization/preparation for it and can specifically accel at doing cortex bosses due to spectre corpse HP being consistently very high with your spectres in the area and will vary in damage on the endgame bosses.

This being said, I would still avoid the typical dangerous map mods in HC/if you want to avoid dying in SC such as mob critical strike chance/critical multiplier and -maximum resistances and multiple projectiles.

Thank you for choosing our VD/DD Necromancer build guide and good luck in your Scourge League progression!