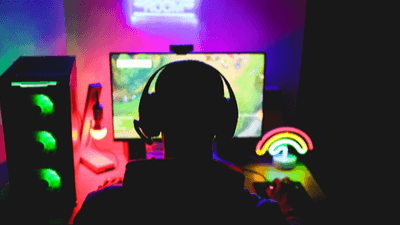 Amazon Game Studios has disabled all forms of gold trading in their beleaguered MMO, New World, because of a gold duping exploit. Players are bemused more than furious, considering this specific bug was discovered during the open beta, with AGS having been aware of it prior to launch. It is a lag-based exploit that targets a flaw in the game’s netcode and the developers are having substantial difficulty solving it, so in the interim, they’ve decided to break the glass and shut down all gold trading until it is solved.

We are aware of a possible gold duplication exploit that has been circling and we are temporarily disabling all forms of wealth transfer between players (ie. sending currency, guild treasury, trading post, player to player trading).

Any player that has engaged in the use of this exploit will be actioned against.

Once the gold duplication exploit has been investigated and we are ready to turn on wealth transfer again, we will update this post.

Thank you for your understanding.Luxendra – Amazon Game Studios

The bug has been around since the game launched, meaning much of the coin in circulation is a product of it, which means a rollback is unlikely to work in rebalancing the economy as disentangling the various transactions, trading post activity, taxes, other miscellaneous market activity to find out how much wealth was earned through ill-gotten means will be close to impossible.

What this means, in effect, is that despite this drastic step, Amazon Game Studios can do very little to remedy the effects the bug had on the economy, other than the heavy-handed solution of simply restricting players from training. Barring a complete server roll-back, given the scale and duration of the exploit, simply too much New World coin has leaked from this faucet.

This latest situation is just the latest in a series of game breaking bugs and issues, from a currency crisis, which was likely caused, at least in part, by the gold duping exploit, to being able to send HTML code through Global Chat and crash other player’s games. AGS’s solution to that was similar: they simply disabled global chat until the bug could be fixed.

The developers stated that they would reenable trading once the bug is fixed, but has given no indication of what timeframe players should expect. The economy was already spiraling into a deflationary crisis, now there exists a state of enforced deflation, where players can’t part with their coin even if they wanted to. Only time will tell what effect this will have on the economy and whether or not New World can bounce back from this string of crises.