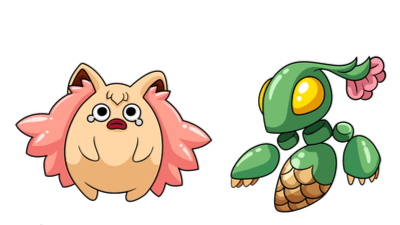 Saddle up, boys and girls. The remakes are here! Known as brushed up versions of the Gen-4 Pokemon games, Pokemon Brilliant Diamond and Shining Pearl bring some modern enhancements and quality-of-life tweaks to the table. Now, doing a remake doesn’t mean that everything has to change per se, but rather it’s going to be a mixture of old and new. So whether you’re an old-school Pokemon player or someone who just started their journey with Pokemon Sword and Shield or the Let’s Go series, there’s something for everyone here. Most of the players that are sinking their teeth into BDSP have already played the originals, but what if you haven’t? If this is your first time exploring the Sinnoh region, let us be your guide on how to get started: stress-free and easy.

The Differences Between Brilliant Diamond and Shining Pearl

Pokemon Brilliant Diamond and Shining Pearl just launched exclusively for the Nintendo Switch on November 19, and much like all the main Pokemon series, the first decision that players make isn’t which starter Pokemon to choose, but rather which version of the game to buy. BDSP serves as remakes of the original Diamond and Pearl titles on the Nintendo DS. The only difference between the two is the list of Pokemon that are exclusive to each version. Instead of listing them out all here, we’ll direct you to convenient page where you can compare at your leisure.

Ah, yes. The tradition of choosing between a Fire, Water, and Grass-type Pokemon always hits us right in the feels. You can pretty much choose any of the three starter Pokemon and still be fine later on, but the compositions of the dungeons and gyms on BDSP have a bigger impact than usual on your selection. If you want an easier time, Chimchar, the Fire-based monkey Pokemon, is a perfect choice. Since Chimchar is capable of using Fire and Fighting-type moves, you can utilize its moveset almost throughout the entire game. Well, except for the Water-based areas. The other two starter Pokemon, Piplup and Turtwig, are evenly matched. However, if you want a slightly harder experience, Turtwig is better for that purpose.

Of course, all of the starter Pokemon have their strengths and weaknesses, but you can always catch and train other Pokemon that you see in the wild to fill gaps on your team. But if you want to play BDSP on “even easier” mode, Chimchar is the way to go.

The Ins and Outs of Pokemon Types

Over the years, new Pokemon types have been added with Fairy being the latest addition. Some of the newer types also make an appearance in BDSP, so it can be tricky for older players that haven’t played Pokemon since the DS days. Down below is a list of all the Pokemon types broken down. Check them out to know which type is super effective and not as effective against other types!

Don’t Forget to Get Your Free Jirachi and Mew

Remember those days where Mew was known as the rarest Pokemon? Back then, the Legendary Pokemon was only available through special giveaways or using cheats. Nowadays though, Nintendo hands out the little psychic cat a lot more readily to the players, and Brilliant Diamond and Shining Pearl are no exception.

For those that have a Pokemon Sword/Shield and Pokemon Let’s Go save file, you’re in luck. You can claim the mythical Mew and Jirachi to boot. Pokemon Sword and Shield let you have Jirachi, while Pokemon Let’s Go grants you a Mew. You can access both Pokemon fairly early, but not necessarily right at the very beginning. Upon reaching Floaroma Town, an elderly couple is standing together in a field of flowers near to the left of the entrance. Simply talk to each of them and receive your free Legendaries!

Taking Advantage of A Partner

In several instances throughout Brilliant Diamond and Shining Pearl, you’ll have the chance to partner up with an NPC trainer to explore an area together. When you’ve stumbled upon the woods, you’ll be partnered with a friend who will help keep your Pokemon healthy. And you know what’s perfect for times like these? Why, exploitation of course! This is a great chance for you to grind and gain EXP for your team. And since you get free heals after every battle, you won’t have to venture back to town to stay healthy. Just know that once you leave the area, the NPC will be gone, so take advantage of the opportunity while you can.

During the first few generations, we would always dream of having our Pokemon walk together with us. Thankfully, in the later Pokemon games, you can select your favorite little Pocket Monster to follow you around the overworld. We already know about the memes about BDSP’s Follow Feature where Rayquaza became the size of a shrimp, but nevertheless, you can form a bond with the Pokemon of your choosing. Just visit Amity Park in Hearthome to unlock the function first. Then, swap your following Pokemon by selecting “Walk together” after picking a Pokemon in your party and tada! You finally have your Pokemon following you around.

You can interact with your Pokemon by talking to them from time to time, and sometimes it may find random, low-level items that you can add to your Bag. The Follow Feature also gives your Pokemon a slight, passive boost in combat. Once your bond is strong enough, you’ll be able to see prompts in combat noting that it dodge an attack or kept holding on for dear life because of its friendship with you.

Make Use of Held Items

It’s such a shame that not as many people as we would’ve liked to utilize the Held Items mechanic in Pokemon games. Come on, people. It’s been years already since this got introduced! Kidding aside, Held Items lets you give your Pokemon emergency healing and passive buff opportunities. Some items are specifically great for battle (ex: Quick Claw, Leftovers, Focus Band, etc.), but some make your Pokemon happier (ex: Soothing Bell) as well. Plus, there are Pokemon that only level up by holding items, so to make the most of your team’s usefulness, it’s best to keep the Pokemon in your party fully stocked with the good stuff.

Search Every Nook and Cranny

Across the Sinnoh region, you’ll find items littered everywhere on the ground ripe for picking. However, you can’t see most of them. Picking up the Poke Balls that you find on the ground is an obvious move to make for every player, but make sure you’re investigating the other suspiciously empty areas as well by pressing A. You could also use the handy dandy Dowsing machine feature on your Poketch. A prime example of a great place to scour for treasure is grassy areas such as Route 206 where you can find tons of rare items and Elixirs. Since you can access the Dowsing Machine easily by registering it, you don’t have to go to your inventory every time to use it which is a huge time-saver.