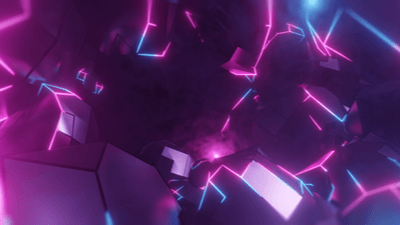 One of the things that make MOBA exciting is its ever-changing metagames. Pokemon Unite, despite its simplicity, compared to other, if not all titles in the genre, also benefit from this particular dynamic. Now we’re seeing a few changes to the metagame, and they’re very exciting ones. Here are the noteworthy shifts in how the game is played.

While Zeraora continues to be the premier attacker, two other Pokemon have begun sharing the spotlight with this thundercat: Pikachu, who hardly needs any introduction, and Greninja, the ninja frog from Pokemon X and Y.

Pikachu functions as a more fragile yet ranged Zeraaora that has better utility thanks to Electro Ball. Aside from it being semi-lock-on, it also slows down opponents, allowing them to be more easily picked off by you or your teammates. After hitting a foe – or foes – with Electro Ball, Pikachu can then use Volt Tackle to deal much damage on a single target.

On the other hand, players can opt for Thunderbolt instead of Volt Tackle for a more team fight-oriented moveset, but that would be in exchange for a safer, single-target move. The only problem with Pikachu is that he has low health and defense, so players need to be careful, especially those that will go for Thunderbolt instead of Volt Tackle. Then again, it’s not like Zeraora boasts of good defense, and it doesn’t help that he’s a melee attacker.

As for Greninja, lots of players are finally noticing how much he shines. Have him in the jungle at low levels and join in the lane that needs help when he’s evolved to Frogadier, and then finally roam as needed upon final evolution as Greninja.

What’s good about Greninja is that he’s simply being true to his nature. Unlike Zeraora that needs to dive into battle, Greninja has to be unnoticed. It also helps that he deals much critical damage and that Water Shuriken can be used while moving, allowing players to move back while staying from a safe distance.

Plus, Water Shuriken recovers health if it hits the target, restoring around 125 health per hit. It’s enough to keep Greninja kicking, provided that he keeps unnoticed and out of enemy range. That, however, is not to say that Surf is an inferior choice. Players that are confident in getting up close and personal and rushing into unprepared and fleeing targets prefer this over the safer Water Shuriken.

Lastly, it’s a toss-up between Double Team and Smokescreen. Both help Greninja escape, but Double Team can be used offensively and is better suited for players that want mobility. Smokescreen, on the other hand, is more utility-focused and obfuscates anyone entering its area of effect.

Arrival’s Blastoise into the game got trainers finally taking up the Defender role. Or rather, taking up the role incidentally, as they’re really after Blastoise. Nevertheless, it’s better than nothing, because Arceus knows we need more trainers willing to be Defenders.

Contrary to his sturdy shell, Blastoise is on the softer side compared to most Defenders. He’s tougher than Crustle and Slowbro, but Snorlax is still king when it comes to tanking. As for damage, however, this Gen 1 turtle brings the most world of hurt among its role. His moves are also very disruptive, giving his team a huge advantage when they’re used right. Plus, his Unite move, Hydro Typhoon, which damages enemies, disrupts their formation, and grants Blastoise and nearby allies a shield. Currently, there is a bug that allows it to instantly cool down almost instantly, but you’re better off not finding out about it so you won’t become dependent.

The last change on the list isn’t a new Pokemon or older Pokemon becoming more popular, but a neutral creep Pokemon becoming a more important part of the metagame: Drednaw. While it’s no question that getting Rotom helps, not a lot of trainers valued Drednaw. To them, he’s simply another creep. 20 Points isn’t that big, and the shields aren’t that potent. To most trainers, he’s just a juicy creep to gank on naïve ones that want him.

The fat XP bonus throughout the entire team, however, changed a lot of trainer’s minds. More XP means higher levels, higher levels mean more advantage. Looks like Blastoise is no longer the only in-demand tortoise in the game.

So, that’s about it for the Pokemon Unite metagame changes. The question now is whether you’re going to go with the flow or create your own.