Pokemon Legends: Arceus Might Change the Future of Pokemon Forever 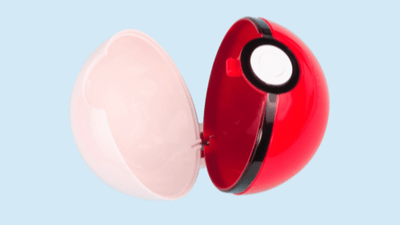 Pokemon Legends: Arceus Might Change the Future of Pokemon Forever

Love it or hate it, the Pokemon franchise has been here for a while. They’ve got the formula down to a tee – turn-based battles, visiting gyms, and catching Pokemon. Ever since The Pokemon Company was founded in 1998, the games have stuck to this type of linear gameplay. We’ve seen glimpses of potential here and there where the company tried to shake things up like Pokemon XD: Gale of Darkness and the Mystery Dungeon series, but just when they had the momentum going, TPC would intentionally hit the brakes and revert to churning out the usual, more formulaic stuff. As a result, a huge chunk of the Pokemon fan base have been eager to see a Pokemon game that doesn’t follow the typical conventions and instead try something a little more open-ended. Pokemon Legends: Arceus may well be the game those fans have been waiting for.

Pokemon Legends: Arceus is Considered A Main Entry in the Series

Pokemon Legends: Arceus is the next big Pokemon adventure; meaning, it’s another mainline entry in series, after Sword and Shield. The main reason why the fandom is hyped about the release is that it’s a “bold, new direction” for the franchise, according to The Pokemon Company, at least. Pokemon Legends: Arceus aims to honor the core gameplay of past Pokemon games while combining new RPG and action elements. One look at the first trailer for the game immediately shows just how different it looks compared to its previous installments.

If I had to describe Pokemon Legends: Arceus with the information that we’re given so far, it’s like Breath of the Wild – it has an open world and everything is exploration driven – but it’s going to be based on the worlds and lore of Pokemon.

The Story: Going Back to Where it All Began

The story of Pokemon Legends: Arceus will take us way back in the distant past. Set in a timeline where Sinnoh was still known as Hisui, this era is before the idea of being a Pokemon trainer or having a Pokemon League even existed.

Since Pokemon Legends: Arceus is going to be set in the past version of the Sinnoh region, you’re probably expecting the big three – Chimchar, Piplup, and Turtwig – to pop up just like in the Diamond and Pearl games. Well, not this time, as the Pokemon Legends: Arceus starters feature an entirely different set of Pokemon. Rowlet, Oshawott, and Cyndaquil are going to be your choices when starting your journey. As stated by The Pokemon Company, these three Pokemon were brought to Hisui, courtesy of a certain professor who encountered them while traversing around various regions.

Your goal in Pokemon Legends: Arceus is to create – and soon complete – the very first Sinnoh Pokedex. You’ll have to discover, observe, and if you’d like, catch every single Pokemon in the Hisui region to build out your Pokedex as part of the new Galaxy team’s Survey Corps.

Also, the Mythical Pokemon Arceus (as suggested by the title) will be playing a prominent role in the story. In the official Pokemon lore, Arceus is said to have “shaped all there is to the world” – a creator deity of sorts. It’s still unclear how Arceus will fit into the game, but The Pokemon Company describes the Mythical Pokemon as one that holds the key to the tale.

Pokemon Legends: Arceus will blend a series of real-time elements along with traditional RPG mechanics, thereby creating a new ARPG experience for the franchise. Since we already know that the vast, open setting evokes Breath of the Wild in its visual style and scope, expect the adventure to be filled with discovering the unknown.

Similar to the Wild Areas in Pokemon Sword and Shield, the wild Pokemon in Pokemon Legends: Arceus can be seen roaming out and about the environments. You can initiate a battle with the wild Pokemon by calling one of your partner-Pokemon out near them, but you can also choose a less confrontative approach by merely observing them and throwing a Poke Ball when they least expect it. Arguably, the most interesting fact about the game is that you don’t technically need to confront a Pokemon to catch them – you can just stay in the tall grass or behind the trees to stealthily capture them. Just note that your character can take damage this time if you get mauled by an overly aggressive Ursaring or Snorlax.

Pokemon Legends: Arceus is no doubt going to be a delightfully fresh take on an otherwise decades-old formula that’s starting to get old. While there will probably still be fans complaining about the game such as not having anywhere near the roughly 900 species in the current National Dex, I’m hopeful that this will be the revamp that the Pokemon franchise needs.