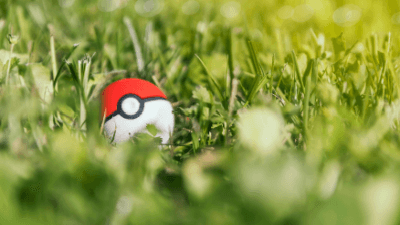 Pokemon Scarlet and Violet’s Paldea region will be yours to explore as the long-running series takes its first stab at doing open world right. Besides being home to lots of new Pokemon, there are three different storylines to complete, co-op support, and features such as picnics which will allow us to relax with our Pokemon. It’s safe to say that many exciting, never-before-seen elements await us in the ninth generation of the Pokemon franchise. With that in mind, now is the perfect time to brush up on everything that’s in store—especially if you’re one of the greenhorns of the franchise. Have a look at these tips that’ll make it easier for you to navigate the massive Paldea region! This Beginner’s Guide to Pokemon Scarlet and Violet will teach players everything they need to know.

Getting to Know Your Starters

Starter Pokemon has always been a crucial part of your game experience. As is with the tradition of the core games in the series, Scarlet and Violet will introduce you to three new Gen 9 starters you’ll choose between at the start of your adventure. There’s the fire type Feucoco, the water type Quaxly, and the grass type Sprigatito. Based on their description on the official website, the characteristics of the three Pokemon vary. Sprigatito is defined to be capricious. Meanwhile, Feucoco is known to be laid back and likes to do things at its own pace. Then there’s Quaxly, who likes to keep things constantly tidy.

Don’t Forget Your Other Pokemon

All three starters are great options; they’re among the strongest creatures in the game. But regardless of who you choose, it’s important to remember not to rely on your starter Pokemon too much. Starters are valuable allies, but that doesn’t mean they’re all-powerful. You’ll need a strong and balanced team to complete the challenges that await you—like taking on the Elite Four and unseating the Pokemon Champion. Becoming too dependent on your starter would be a critical mistake, as it would make you neglect the other team members. There’s nothing worse than arriving at the Pokemon League and having a level 90 starter Pokemon while the rest of your team is stuck at level 30.

Variety is the Key

Besides having a balanced team, variety is vital to have a successful Pokemon run. You should build multiple teams and consider type advantages when facing Gym Leaders. Having a team that more or less has the same type won’t let you have enough coverage for the challenges ahead. On that note, I recommend having at least one electric type, one water type, and—if the composition wills it—a fairy-type Pokemon. Dual-type Pokemon also bring a lot to the table. The number of disadvantages they have increases when facing other Pokemon, but they also increase your team’s variety and make the most out of the six slots in the party.

Since we’re on the topic of mixing up the Pokemon you should use, it’s best to take time before committing to a final team composition; considering that there are a plethora of options available, you shouldn’t be afraid to alternate between your Pokemon. Just because your party is already full, they must always be there. Most players tend to forget that boxes exist in the games, which is a shame because they’re great options for keeping more than six Pokemon on your roster. Sure the training process will take longer since you have to level up a lot more Pokemon, but considering the circumstance, it’ll be worth it. You wouldn’t want to suffer the consequences of lacking options in the game, would you?

Leave No Stone Unturned When Exploring

Game Freak has gone out of its way to make traveling as manageable as possible, given that the new play area (aka the Paldea region) is quite expansive. The Legendary Pokemon for Scarlet and Violet will even facilitate the exploration aspect. Miraidon and Koraidon will be able to transform into unique forms. Miraidon will have Drive, Glide, and Aquatic forms, while Koraidon will have Sprinting, Gliding, and Swimming forms. They both essentially have the same features.

It’s important to note that Game Freak to the second step of having an open-world main series after the successful experiment with Pokemon Legends: Arceus. If Pokemon Legends didn’t receive raving reviews during its release, there might have been a chance for the developers to go back to the drawing board and delay the release of the next generation of Pokemon. That said, secrets, plot points, and rewards can lurk in every corner of the Paldea region. With open-world games notoriously known for having abundant content, my advice would be to explore everything. It might take a lot of time, but you’ll get the full experience of playing Pokemon Scarlet/Violet that way.

Get Down With the Schtick

There are all sorts of gimmicks to dabble into in Pokemon Scarlet and Violet. Don’t even resist the temptation of trying them out—they’re there because you were meant to dabble in them. Tera Pokemon will be part of the schtick for Gen 9, and considering it’ll be prevalent throughout your adventure, why not commit to it?

Another aspect of the new Pokemon game you should take advantage of is the newly added photo mode. It’s designed to help you brag about your favorite Pokemon and customizable character. You can use these photos/selfies as part of the new profile in the overhauled Pokedex. The profile app will show a custom photo, your Gen 9 Pokedex completion rate, the number of badges you’ve earned throughout your adventure, and how many sandwiches you’ve discovered. The app also tracks the Pokemon you’re currently traveling with too.

Every Experience Will Be Unique

If you’ve played the past mainline games, you probably already know how the plot goes. Kid leaves their home, travels the region, defeats Gym Leaders to collect badges, and becomes the Pokemon Champion. But that’s all going to change in Pokemon Scarlet and Violet—the games are ditching linear storytelling this time. The game has three storylines, and you’re free to pursue each at your own leisure. Yep, the latest Pokemon game now has a non-linear story. It pairs well with the open-world aspect, and this makes it so that the experience will be unique for every player. You can certainly do the “usual” route, but if you want to kick things up a notch, perhaps spicing up your gameplay by doing the storylines differently would make things more exciting.

Nevertheless, there is no right or wrong way to play Pokemon Scarlet/Violet; the only thing that matters is that you’re happy with how you’re playing it.