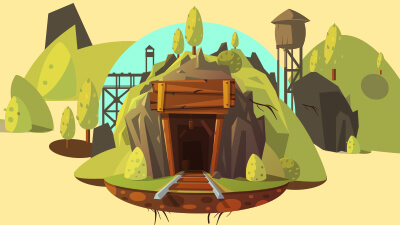 Continuing with the overhaul on the way Mining and Smithing works in RuneScape, this month’s new Smithing and Mining update has brought along further changes to the skills. This might have left you wondering what those changes are, and how this will affect the way in which you play the game. Luckily for you, we’re here to bring you up to speed with the changes so that you don’t get left behind.

We will discuss about:

What changes have been made in RuneScape’s Smithing and Mining Updates?

You may remember, about this time last year, some changes being made to the Mining and Smithing skills and the way you go about training them. In case you don’t remember or haven’t played in a while, here’s a quick recap on RuneScape’s Smithing and Mining update;

Now that you’re all caught up on what was added last year, let’s dive into this year’s new re-work.

How can we adjust to the Smithing and Mining Update in RuneScape?

One of the great things about the Mining side of RuneScape’s update that makes things so much easier (and less stressful) is the fact that many rocks no longer deplete, meaning that you’re no longer required to race other players and hope you get the ores before them. With this competition now gone for most rocks, you should no longer feel the need to spend time world-hopping to find less crowded mining locations and can spend more time focussed on training.

When smelting to train Smithing, the time it takes to create bars has increased, but the amount of XP gained per bar has decreased, and smithing items that require more bars takes longer but also rewards more XP. Despite these changes, XP gained per hour has remained pretty much the same, so there’s not really much you need to worry about here.

What you do need to worry about is the forges that have been added to each anvil. The forges allow players to access their metal bank, and will allow you to heat items when smithing, resulting in quicker completion time, and more XP per hour if utilized. The hotter the item is, the more progress will be made per hit when smithing, so make sure you click on the forge to keep your items hot. The smithing auto-heater may help you here, as it will use 5 coal from your metal bank to restore heat to 30% when it reaches 0%.

Over the past year, RuneScape’s Smithing and Mining updates have drastically changed how the skills are trained, particularly with the way in which the progress bar is used by each skill respectively, and with new items being added that supplement the way in which the skills are trained. You should now have the information you need to get out there and make sure you’re training as efficiently as possible and maximising that precious XP per hour.