All About WoW Multiboxing 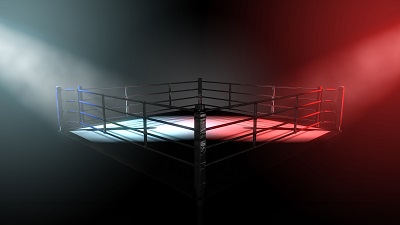 World of Warcraft has various aspects that spark rather heated debates and plenty of controversy. One of them is undoubtedly the subject of multiboxing. Some players support it, while others totally despise it. But what exactly is WoW multiboxing and why does it elicit such a diverse type of response from the player base?

The term multiboxing stands for playing with different characters (on different accounts) at the same time. And this applies with full force to WoW and how this type of software is used. So join us in this in-depth post as we find out how multiboxing works, delve into its pros and cons, and determine whether or not it’s allowed on retail servers!

What exactly is WoW multiboxing?

WoW multiboxing means one thing: playing with several characters simultaneously, either on one (or more than one) computer. Essentially, instead of playing with only one character, you’re controlling a few of them at the same time.

You can either do that by playing multiple WoW accounts on one machine or several. This depends on how powerful your computer is since, for example, launching 5 WoW clients at the same time can make your machine lag or even crash! Also, getting into multiboxing isn’t as straightforward as it might seem since you’ll need a multiboxing tools in order to take advantage of this play style. However, the good news is that there’s software available for both Mac and PC users!

Is multiboxing allowed in WoW?

Yes, mutiboxing is allowed in retail World of Warcraft servers and there are plenty of players who actively use this method of playing. In essence, multiboxing is not viewed as cheating by Blizz in their most successful MMORPG, so you should be fine as long as you don’t use it for nefarious means.

Remember that game masters might take action in extreme cases of griefing resulting from multiboxing. This can happen if, for instance, you’ve purposely brought a dozen characters to attack and kill the opposing faction’s PvP vendor in a BG. But if you’re smart about how you use multiboxing and you don’t exploit it, you should be perfectly fine!

No, according to an official support article from Blizzard multiboxing is not against their Terms of Use. Apparently, they’re not “actively supporting” any mutliboxing solutions, but using them won’t get your account suspended in any way shape or form.

This is, of course, assuming you don’t exploit multiboxing for any unethical and grieving activities. Ganking an important quest hub with 15 players that you control yourself will most likely not go well with Blizz and their game masters.

But are other players against multiboxing in WoW?

It seems that most players aren’t that keen on multiboxers, judging by most of the reactions on the official WoW forums. Apparently, the majority of WoW fans feel that multiboxing takes away from the real appeal of the game as it’s somehow unnatural.

I can see why some people might be upset because when you see an army of same-class characters, you’ll most likely think that these are bots or worse. But typically that’s just someone multiboxing, which is totally acceptable in Blizzard’s eyes.

WoW multiboxing software—How do you set it up?

To set up a WoW multiboxing software you’ll have to first enter a particular key definition and/or other metrics related to your accounts. However, the exact step-by-step process of setting up your multiboxing tool may vary, depending on the particular software you went for.

For example, one of the free solutions is HotkeyNet, which happens to be a PC-only solution that enables you to control different accounts from any of the keyboards found on the computers that you’re running the game on.

However, tools like HotkeyNet require quite a bit of manual work and code input, which might not be for everyone. There are other multiboxing software that have their own setup wizard, which really makes it that much simpler to install and get going.

How to set up the most popular WoW multiboxing tool – ISBoxer?

This is an incredibly easy and straightforward 7-step process:

As you can see, it’s all extremely easy and won’t require any coding knowledge on your end to setup. But this convenience comes at a price as that’s obviously why this software is paid.

With that being said, ISBoxer is inarguably the top dog when it comes to multiboxing tools. It’s a paid multiboxing software that’s incredibly easy to get started with, thanks to the integrated Quick Setup Wizard. This setup wizard does it all for you really, from automatically assisting Action Bar hotkeys to keeping each character’s configuration via virtual files.

The main pros and cons related to multiboxing in World of Warcraft can be pretty much summed up in the following aspects:

Overall, the advantages of multiboxing can be summed up as speeding things up for you and making you a force to be reckoned with. While the disadvantages are mainly financial as you’ll have to spend more on new expansions and/or accounts.

There’s no doubt that multiboxing in WoW is and always will be a touchy subject, as long as this trend continues to exist. Some players totally hate it, while others seem to enjoy going the multiboxing route, so it just depends on each player’s perspective. Regardless, it sure does have its own set of pros and cons, so it’s not an entirely win-win thing.

But now that you know what multiboxing is, do you feel tempted to try it or are you not a fan of the idea of controlling several characters all at once. Let us know. Drop your answer below!