Top 5 Best DPS Warframes Every Player Needs to Have 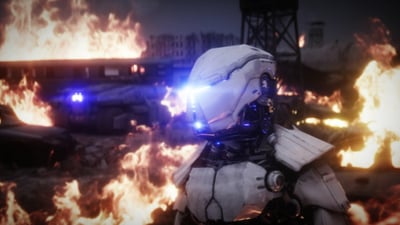 In this article, I’ll be taking you through the five best DPS Warframes every player needs to have in Warframe. Now it’s hard to just take the term “DPS” as a ranking factor because damage can be dealt in so many ways, so I’ve specifically included only those frames that tend to get the highest combat score in a team setting. For example, Ash can deal a lot of damage with his fourth ability, but the enemies need to be in sight and he needs to get close. Oberon has a great fourth ability too, but a Nullifier enemy completely negates it. Mirage’s first ability gives her a significant weapon damage boost, but she has to go around using her weapons.

Here are the five best DPS Warframes that will outshine the rest of the team in group missions:

Read on for more information about each of these powerful Warframes, along with some tips on how to build them for best DPS.

Nobody clears maps out like Saryn. Her 1+4 is a combination that can let you deal damage to over 30 enemies at once. The most satisfying thing is watching the damage numbers spread around. You can be in one room and you can deal damage through the walls as your Miasma spreads.

Using Saryn barely gives anyone else the chance to deal damage. If you’re using her in a Survival mission, chances are pretty high that you’ll get over 80% of the damage score to yourself. She’s just that good and that easy to use. Saryn’s also great for Exterminate missions, as the damage numbers spreading through the wall can guide you around and let you know where the next enemies are. She’s the best DPS frame to pick for Elite Sanctuary Onslaught, although Equinox is a close second.

Make sure to also add one Duration and one Efficiency mod, but those are always secondary to Strength and Range.

Equinox is similar to Saryn when it comes to nuking potential. In fact, Equinox complements Saryn in ESO missions.

Equinox has two forms – Day and Night – and the former is better when it comes to DPS. Its fourth ability (Mend & Maim) casts Slash damage over an area. As enemies are eliminated in that area, your stacks build up. You can cast the ability again after the build-up to nuke all enemies within the area. Equinox’s advantage over Saryn is that you don’t need to keep your stacks (or Spores) up by specifically targeting enemies. The area of Slash damage simply moves with you.

Mods such as Primed Flow also help with Equinox as it increases your Energy pool. Equinox functions differently than Saryn, as you have to get kills within that area and someone on the team to help you build stacks. However, once those stacks build up, her nuking power is just as strong as Saryn’s. Check out our Equinox build guide for more detailed information on building this Warframe.

If you like using weapons, Chroma is the best Warframe for you. Chroma is the only exception to the rule in the introduction of this article, but it’s impossible to list the best DPS frames without putting him in. Chroma largely boosts your weapon damage, and if you use something like Rubico against tanky enemies, nothing can beat Chroma. His AOE and crowd control is pretty much nonexistent, but if you’re going against a boss or something like an Eidolon, Chroma is unquestionably the best Warframe to use. Especially with a good single-target sniper like Rubico, Chroma can get some crazy damage numbers on his own.

It’s really that simple. Keep up your second and third abilities, and keep pushing up the damage threshold. Chroma might now have the flashy abilities or mob-clearing moves like Saryn, but it can easily dish out the best single-target damage numbers in the game.

Octavia is basically four abilities on timers. There’s not much for you to do with this frame, she just does all of it on her own as long as you keep pressing the ability keys every minute or so.  She does a ton of damage, scales with enemy levels, and is extremely easy to use. Octavia also grants your team a lot of buffs and provides for almost a minute of invisibility on a balanced build.

Octavia’s mallet moves around on it and draws enemies towards it, then returns the damage dealt to it back to the enemies. Octavia is a great frame for most missions, but in long Survival runs, she does exceptionally well in terms of both – DPS and survivability. It’s not the most fun to do missions with your abilities dealing damage while you wait in another room, but Octavia gets the job done pretty well.

Volt is another classic nuke Warframe. One of the three beginner frames, Volt is easy to acquire and is based on elements of electricity. Volt’s fourth ability (Discharge) is the big bad nuke that can go through walls and chain enemies in paralysis, but his third ability is also great for dealing damage. His third ability creates a shield that protects you and you allies while also granting your weapons an Electricity damage + crit chance buff.

Ability Duration is important to increase the stun duration of Discharge. This ability is heavy on Energy cost but is well worth it because of how easily it can clear rooms full of enemies. Volt is often paired with Saryn or Equinox in ESO missions and is one of the best Warframes in the game. See our Volt Prime build guide to learn how to get the most out of this Warframe and maximize their potential.

We hope our list of best DPS Warframes helped you understand their usage and builds better. Most of these Warframes are pretty easy to acquire with the exception of Octavia. My personal recommendation from this list would be Saryn and Chroma – if I have to name two must-have Warframes from this list, it would definitely be those two.