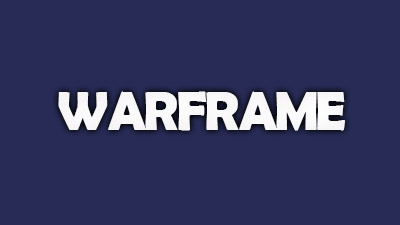 Warframe alert missions are these cool, temporary tasks that are available within a time limit. The jobs appear linked to a mission node that a player has to unlock. Then, he or she can choose which mission to do. Some alerts are an exception, which is available whether or not the player has opened the node it’s linked to, such as the “Gift of the Lotus” and the “Suspicious Shipments” alerts. Typical rewards for completing one are rare blueprints and aura mods.

Bonus credits range from 2,000 to 20,000 depending on the difficulty of the alert. When it comes to challenges, it doesn’t matter what the linked mission node’s difficulty is because it doesn’t affect the alert. The alert could have a different objective than the one it’s linked to, and it could change in the middle of completing it.

Occasionally, an alert awards a Nightmare Mod, which requires the mission to finish in Nightmare mode with “No Shields” and “Increased Damage” challenges. Lastly, there’s one type of alert that’s more like an event called “Tactical Alert.” It features unique challenges and enemies, and has its node in a planet, unlike typical alerts. The “Tactical Alert” disappears once the time limit runs out. Each time players complete alerts, they accumulate points and are rewarded after a certain amount of points.

Even though the timeframe is 30 to 70 minutes, it’s easy to miss doing some of the missions when you’re not keeping track of the alerts. Some last a day or two, but the shorter ones are more common. Luckily there are apps and a site like Twitter monitor alerts.

A Breakdown of Apps

Alert apps notify players when an alert appears. It’s handy for checking what the rewards are without logging in to Warframe. Some apps keep track of what materials are needed to complete something, such as a new warframe or weapon. Notifications tell the player when there’s an alert with that material as the reward appears. Twitter is a reliable source that tracks alerts.

Apps appear like a good way to keep track of alerts without turning on a PC or console. On the other hand, there have been complaints about tracking apps, in particularly, the annoying notifications that ask the user to open the app instead of showing what kind of alert appeared on the notification. There are complaints about getting notifications that are useless since filters don’t work. Also, there’s the dreaded problem of running out of data or being in a WiFi hot spot that’s cold.

Now, get on board and enjoy your warframe alert missions!

Read more: Warframe: How a Free-to-Play Should Be