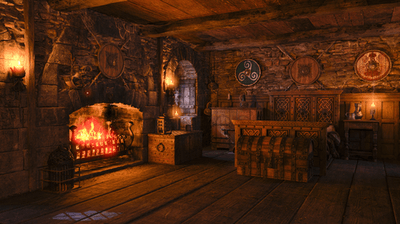 Housing has been a touchy topic in the Final Fantasy XIV community for a while now, to say the least. Plots of land are an absolute nightmare to purchase, and even you were lucky enough to snag one, you’d have to log in regularly to keep a hold of it. I’m sure every FFXIV player is all too familiar with the numerous horror stories on Reddit and other forums about the great lengths that players have gone to for the virtual land. With Endwalker already out, Square Enix is trying to make buying a house in their hit MMORPG fairer. They introduced Ishgard as a housing district and even implemented a new way to purchase a plot of land through the housing lottery system. Buying a house has always been a difficult endeavor in the game, but will these solutions truly fix the problem?

What’s So Special About A House?

Final Fantasy XIV is filled with side activities, and the housing system is a prime example of content that lends greatly to the social environment of the game. Housing is considered the cornerstone of the many social activities (hosting events or RP venues) that players can do in FFXIV. Just like in real life, owners of these houses can invite their friends over and decorate both the outside and inside of their house.

Houses can either be purchased for a Free Company or as a personal plot. There’s no distinction between the two, either way, so the housing types don’t matter that much. What you should pay attention to though are the three house sizes: Cottage, Houses, and Mansions. Cottages are the smallest and cost the least amount of Gil since they only have a ground floor and a basement. Meanwhile, Houses are the average, medium-sized plots that cost a decent sum of Gil; besides having a ground floor and a basement, they also have an upper floor. And finally, Mansions are the biggest type of house that you can get in FFXIV, which also makes them the most expensive. They’re basically like normal houses, but are much bigger on the inside and out.

A plot of land in FFXIV is desirable because it’s a place where players can decorate their home with beds, food, plants, appliances, musical instruments, and so much more. As of October 2021, FFXIV has surpassed 24 million active players, with each server only hosting about 5,760 plots. If you divide the players by plots, that’s one housing plot per 61 players – this doesn’t even factor the Free Companies which also can buy houses and usually already outnumber the plots available per server. Thanks to this extreme shortage, it’s not unusual to see players mob a plot for sale and go to great lengths to out endure their competition during the cooldown timer for the house to be buyable. Some will even camp outside available plots for up to 24 hours, constantly clicking to see if the random timer has ended. The situation got so out of hand that other players have even made bots and macros so they can try to buy the house without having to monitor the game 24/7 themselves.

Is the Housing Lottery System the Answer?

The housing lottery system in FFXIV was released at the same time the Ishgardian neighborhoods became available for purchase. Players hoped that this would provide a solution to the entirety of the housing crisis, but it targeted an entirely difficult issue.

The lottery system’s aim isn’t to fix the minuscule amount of houses, but rather, it seeks to solve the painstaking process of plot-purchasing. With the lottery, you no longer have to camp outside of plots and endlessly check the random cooldown timer – it takes the stress of having to wait a whole day out of the picture. In that sense, the housing lottery system can be the long-needed change in FFXIV. However, new problems can arise from this too. Since placing a lottery ticket is much easier instead of camping in front of an available plot, this will likely make way more players join the competition. In other words, the system may be easier, but actually succeeding in getting the house became harder.

There’s Still A Lot of Work to Be Done

The game’s population has expanded massively when the Endwalker expansion came out and with houses already scarce, Yoshida plans to improve data centers so that they can introduce more plots. As of Patch 5.4, more houses were made available for purchase, but with the increasing number of players entering FFXIV, there’s still a lot of work that needs to be done before the community can finally say that housing is no longer a problem.