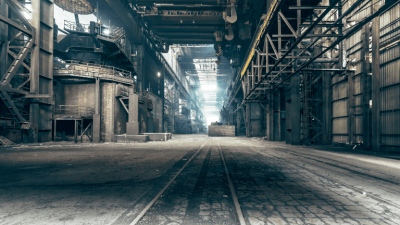 Square Enix has developed many games over the years, and some of these titles have made their way into their popular MMORPG, FFXIV. NieR: Automata is one of the gaming studio’s most popular games, which makes it a prime candidate to make a cameo in FFXIV. The Alliance raid “YoRHa: Dark Apocalypse” is a NieR-inspired instance introduced during the Shadowbringers. It features many awesome rewards, making it popular for many players. How can gamers unlock this 24-man raid?

The Nier-themed content is a level-80 challenge that requires 24 players, which classifies it as an Alliance Raid. It is a collaboration between the RPG’s creators, Yosuke Saito and Yoko Taro, and the FFXIV developers. While most collabs are temporary in-game features, YoRHa is a permanent raid so players can access them anytime.

YoRHa features three areas requiring varying item levels, so gamers must be well-equipped to do a whole run. Each of these zones will reward players with various rewards that are also NieR-themed. Here are all the areas in the Dark Apocalypse Raid:

Each of these areas has its duties and is queued into separately. They are also unlocked separately, so players need to learn how to unlock all three of them to get all the rewards from the raids. Players should note that they need to have the Shadowbringers expansion in their accounts to make them eligible for this raid.

How to Unlock the Copied Factory

The Factory is the first part of the YoRHa: Dark Apocalypse Raid, which is set to introduce 2P and 9S. This part of the NieR-themed challenge can only be accessed when you have finished the main story of the Shadowbringers expansion. Aside from having a level 80 character in either Disciple of War or Disciple of Magic, raiders also need an item level of 435. Here are all the conditions for unlocking the raid:

Bosses and Rewards for the Copied Factory

Upon entering the Factory, players must complete various objectives to progress. There is a total of four bosses in this part, who will reward raiders with various parts of the YoRHa Type-51 set. Here are all the bosses and their drops in the Copied Factory:

How to Unlock The Puppets’ Bunker

The Bunker is the 2nd part of the YoRHa: Dark Apocalypse Raid. Players need to have an item level of 465 to enter this instance. Aside from the completion of the conditions in the Copied Factory, there is another set of requirements that gamers need to do to unlock this stage. Here are the conditions to open The Puppets’ Bunker:

Bosses and Reward for The Puppets’ Bunker

There are eight bosses in the Bunker, which will provide various rewards. The whole run has a time limit of 120 minutes, but raiders should be able to clear the entire dungeon in significantly less time. Here are all the bosses and rewards for each:

How to Unlock the Tower at Paradigm’s Breach

As the last part of the Dark Apocalypse Raid, players must have an item level of 495 to enter this instance. Like the previous raids, unlocking the Tower requires players to do quests. Here are the conditions for opening the Tower at Paradigm’s Breach:

Bosses and Rewards for the Tower at Paradigm’s Breach

Take Note of the Resets

When you unlock the three raids for these NieR-themed instances, gamers should remember that specific items can only be acquired once a week for certain parts. Equipment usually can only be obtained for limited times per reset. However, if you are farming other unique items like the 2B haircut, then spamming these NieR raids will help you collect them quickly.