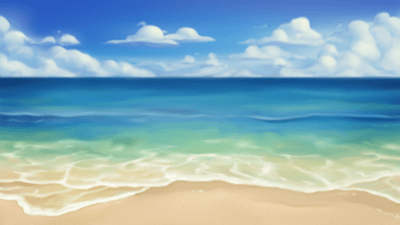 Ayaka has been a long-awaited character for Genshin fans. Ever since she was one of the characters in the beta testing, fans have been waiting for her release. There was immense pressure for her to meet the expectations of fans.

And meet them she did.

Ayaka is the second character with an alternate sprint, Senho, letting her sprint across the water in a cloud of icy fog, similar to Mona. However, it has the additional effect of infusing her weapon with the Cryo element. Combined with her high Crit DMG and constant Cryo element attacks, she’s a DPS powerhouse for sure. Her skills are all headed with ‘Kamisato Art’, but we’ll leave that out for brevity.

Her E skill, Hyouka, launches enemies within its range while dealing Cryo DMG. With her first Ascension passive, this also boosts the damage of her Normal and Charged attacks by 30% for 6 seconds. If she has her first Constellation upgrade unlocked or is using the Sacrificial Sword, she can get this boost almost indefinitely.

Her Burst, Soumetsu, fires a whirling cyclone of ice and snow toward enemies. Smaller slimes, hilichurls, samachurls, and other small-sized enemies get pushed back by Soumetsu. Bigger enemies, like bosses and lawachurls, don’t get pushed back. The cyclone slashes at anything within its range, dealing continuous Cryo DMG. When its duration ends, it explodes in an AoE, giving one last blast of AoE Cryo DMG.

Ayaka has a naturally high Crit DMG stat, as her Ascension boosts it periodically. Being a Cryo user, Crit Rate can be less prioritized, as the Blizzard Strayer Set and Cryo resonance can make up for the lack of it. A Crit DMG headpiece, Cyro DMG goblet, and Crit-related sub-stats are all good for her build. The Mistsplitter Reforged sword is her best-in-slot, but there are a few F2P alternatives.

The Blackcliff Longsword is one, a 4-star weapon with Crit DMG as a sub-stat. The weapon’s passive also is a massive help, giving attack boosts (12%) every time an opponent dies. It even stacks three times. That’s an incredible 36% boost! Stacks last for a lengthy 30 seconds as well. Unfortunately, the shop has been refreshed, and it’ll take another month before it becomes available again.

The Amenoma Kageuchi forgeable sword is also a good choice. For a three-star suggestion, Cool Steel can make up for its low base power with a 24% (at Refinement 5) damage boost. That only applies to enemies affected by Cryo or Hydro, but Ayaka can deal continuous Cryo DMG, so she can make use of this boost.

All in all, she’s a good DPS character with the right builds and hefty investment.

They handle all the cultural events in Inazuma, as well as the upkeep of shrines and public festivals. The true head of the clan is her brother, Ayato, who handles all the government-related affairs. Ayaka is the face the clan shows to the public, and also the one who manages internal and external clan affairs. It’s an agreement that the siblings made together when their parents died.

Thrust with the burden of leading the clan, they came to this accord because Ayato didn’t like to face people too often. Besides that, as the daughter, Ayaka was more suited to navigate the social-political battleground of Inazuma.

To that end, she practiced everything. Tea ceremony, the clan’s swordsmanship, calligraphy, she let go of childish notions and did everything to become a lady her mother can be proud of. She wasn’t the most talented at them, but her hard work paid off. Now, she’s hailed as an elegant and beautiful young lady.

So much that Inazuma’s citizens named her the Shirasagi Himegimi (白鷺の姫君), ‘the Egret Princess’. A princess that excels at everything from being well-spoken to swordsmanship certainly deserves the name. This, however, doesn’t put her heart at ease. Everybody else sees her as the Kamisato Clan Princess, the Shirasagi Himegimi, but never as just Ayaka.

Nobody saw how hard she practices, how she hides in a concealed nook to read the latest books from Yae Publishing, or how she sneaks out to make chazuke at midnight. The Himegimi is just a facade, after all. A necessary one, but nobody can keep it up forever. Ayaka’s been looking for a friend she can be herself with, but so far, she hasn’t met anyone who fits the bill.

It took until the Traveler accompanied her to meet her mother’s friend that she figured they could be that friend. Still, with her responsibilities with the Commission and the recent developments in Inazuma, she can’t leave to travel just yet.

How Did Ayaka Get Her Vision?

As mentioned above, Ayaka was not at all talented at anything. If she ever misses a swing, she’ll swing it fifty times more. The same goes for poems memorized or words written poorly. This determination stems from seeing her mother in her sickbed, and her brother struggling with clan duties.

She wanted to do everything she can to help, and so let go of her childhood. Her resolve to help the clan, as well as her mother’s advice, pushed her to become the best. So it came that she struck down her sparring partner in one blow, a definite marker of her progress in swordsmanship. At that moment, ice in floral patterns condensed around her, and a Cryo Vision hung from the tip of her sword.

Now, with even more characters to compare it with, it seems more likely that the Tsaritsa, the Cryo Archon, rewards resolve. The determination to follow through with a decision is a common thread among Cyro users.

Kaeya had to choose between Mond and Khaenri’ah. Diona chose to keep her father sober. Qiqi wanted to remember her family which is why she keeps a notebook to remember. Chongyun and Ganyu both resolved to do their duties (exorcism and protecting Liyue). As for Eula, it’s the determination to uplift her family name. Sure, love factors in that decision and determination as well. However, we can’t know for sure until she gets introduced. At any rate, hope this lets you appreciate Ayaka even more. Have fun and keep on enjoying Genshin Impact!